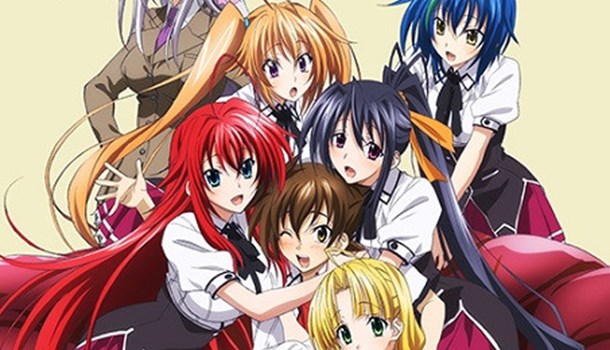 
Trying new things can be healthy and exciting from time to time, not to mention refreshing - which is exactly why I'm here writing this. Let's face it - the anime business and other related industries are busier than ever, meaning that we don't have the time or inclination to cover every piece of news or the opportunity to revisit stories to dig a little deeper.

This is where this column comes in - a free-form opportunity to talk more conversationally about what's been going on around the industry and fandom, whether it's fleshing out a topic, looking for your feedback and thoughts on a story, or simply pointing out some cool stuff that we didn't have any other outlet for.

Speaking of cool stuff, how about that Japanese Persona 5 trailer, huh? With a September 15th release date scheduled for the game in Japan, so begins the nervous waiting game to see what the heck is going to happen with regards to a western - and more importantly European - release. In a way, in this Internet age it seems crazy that a big Japanese launch event for a game like this isn't immediately followed by at least some vague noises of release plans for other territories, but maybe that's asking too much - this is Atlus we're talking about after all.

Anyhow, back to anime, there's one important story that we broke a couple of weeks ago that is worth delving into a little deeper. There was both excitement and some confusion when a number of titles appeared for pre-order on Amazon UK listing Funimation Entertainment as its publisher, and of course the Internet was soon abound with speculation and conspiracy theories.

Having finally gotten to the bottom of things, it turns out that my own speculation on the matter was pretty much correct - these titles are being handled by Funimation Entertainment, as in they'll be doing all of the heavy lifting in terms of preparing and creating the release, but a UK distributor will be assisting with UK-specific requirements, BBFC certification necessities being foremost among them.

To my mind, this is great news - there are plenty of Funimation Entertainment shows that don't really demand a Collector's Edition release but that will still sell good numbers and be desired by fans, and after the dissolution of Manga Entertainment's sub-licensing deal there was nowhere for those titles to go. Now they have a home again, and we can seemingly rest assured that Fairy Tail will return to UK shelves on home video while other popular shows will also find their way over here.

Of course, this still leaves us with questions that will only be answered in the fullness of time. Will Funimation be releasing everything to which they have UK rights that don't end up going through Anime Limited's own release process, or simply selected titles? Just how good will the online promotion of those titles and their availability be, given that Funimation's UK social media presence can be a little scattershot at present? Will the distributor also be seeking to reach a wider audience at MCM Comic Cons and the like?

Meanwhile, recent acquisition news has been dominated by what would typically be described as "license rescues". For starters, we have MVM Entertainment returning to the well to give the much-loved Haibane Renmei an outing on DVD, which is great to see - we've had plenty of "why no Blu-ray?" comments around this news, to which we must point out that this is a Digipaint era show with a pretty rough-looking Japanese Blu-ray release. Even ignoring the lack of materials for an English release of the show on Blu-ray (no other territory has created one for MVM to piggyback off), this is not a series that makes sense to get an HD treatment as it's never likely to upscale well.

Anime Limited have also been busy working towards bringing titles back to the UK. The arrival of Lucky Star on Blu-ray seems like a no-brainer - its UK DVD release was hamstrung by being far too late in the day, by which point everyone who wanted it had imported sets from the US (and yes, I'm making a personal confession to that effect), but this time around its HD re-release should be timely enough to catch the show's fans squarely in the wallet. How the comedy of the series stacks up so many years down the line is another question, but one we'll save for review time.

Finally, we come to the most curious of the trio, and Anime Limited's acquisition of the Eden of the East TV series. For starters, this makes me feel old - I feel like I only watched the series for the first time yesterday, yet it's already had a UK home video release arrive, seen its license expire and then been acquired again. As much as I like the series (and yes, I'm the weirdo who likes the final film too), it's hard for me to really make sense of this release - the TV show without the movies is incomplete, there are still copies of the prior Definitive Edition floating around, and the previous UK releases are perfectly serviceable. The only think that would make me consider double-dipping on the show is the soundtracks, but maybe there's an untapped market for the show (or some other cool addition to a new Collector's Edition) that I haven't thought of.

This particular acquisition has got me thinking in broader terms though - what other titles released this decade have either seen their licenses or expire, or will see them do so in the next year or two? Given the aforementioned cessation of the sub-licensing deal between Manga Entertainment and Funimation Entertainment, we could see a wave of similar acquisitions (or hot shows simply slipping out of print), and it's easy to imagine the clamour to grab the Evangelion movies or Attack on Titan if or when they endure such a fate.

Personally, I'd certainly like to see UK releases of Psycho-Pass or Attack on Titan arrive that don't have broken chapter markers (I'm idly curious as to how the new Complete Collection of Attack on Titan shapes up in that regard, incidentally), but do you guys have any UK releases from the past 5-7 years that you'd buy again, and what would tempt you to double dip?

In terms of site content, it's been a "business as usual" week for us, with review highlights including the new Ghost in the Shell movie and lowlights (in terms of subject matter, not review quality!) consisting of spring season streaming dud The Lost Village. Next week we'll be shaking things up a little content-wise - we'll be guiding you through some of FunimationNow's hidden gems, and also digging deep into the world and characters of the Monogatari series. No doubt some other weird, wonderful and exciting stuff will happen too, although maybe now we're in that pre-London Comic Con lull for big news?

Anyhow, until next time, this is Andy signing out!