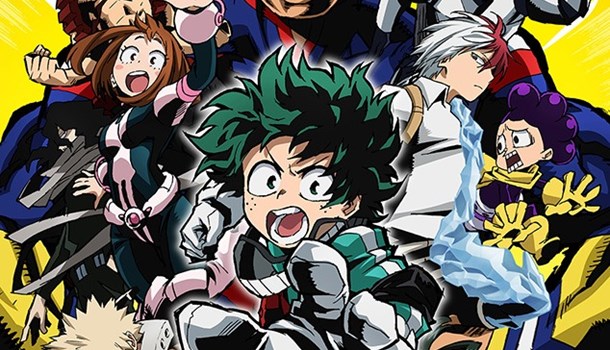 
It's always worth keeping tabs on what's going on within the BBFC web site - given that it lists all of the latest titles and releases granted classification by the organisation, it can often unearth hidden gems in terms of unannounced titles or who is doing what in the UK industry.

On this occasion, we've been granted some important information on both counts courtesy of some new classifications that cropped up on the BBFC's feed.

First up is confirmation that My Hero Academia's first season will be coming to the UK on home video, with classification sought and received for a comprehensive list of bonus materials for the release comprising Anime Expo panels and interviews, Animefest 2016 interviews and features, a "Meet the Characters" feature, plenty of "Inside the Episodes" features, and of course text-free opening and ending credits.

UK Anime believes that this isn't merely a one-off shift for this particular title, and that this is instead the first step in a migration to Universal Pictures handling all UK distribution for future titles beyond those already solicited to Anime Limited, most likely as an extension of the existing distribution agreement between Funimation and Universal in North America.

Thus, beyond titles already announced by Anime Limited, we expect to see Universal Pictures handling all other Funimation Entertainment releases moving forward in terms of distribution, with My Hero Academia simply serving as the first example of this arrangement at work.

Needless to say we'll be keeping a close eye on developments and any official confirmation we hear from the relevant parties as to this new agreement, and we'll be sure to let you know if we hear any more.