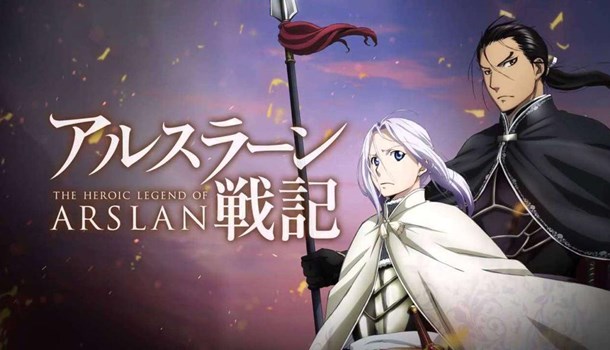 
Following on from our story breaking the news of Universal Pictures' plans to release Seraph of the End's first season as a Collector's Edition this May, we now have some exclusive news on the company's plans for another property.

That title is the first series of The Heroic Legend of Arslan, Liden Films' 2015 anime adaptation of Hiromu Arakawa's manga itself based upon a novel series by Yoshiki Tanaka.

The twenty-five episode series will be released across two Collector's Edition volumes, the first of which is scheduled for a 4th July 2016 release on both DVD and Blu-ray. The first half of the series will be shipped on each format complete with a collector's book (probably totaling around 70-80 pages containing translated content from the Japanese home video releases), and with other physical bonus materials planned including a map of the world depicted within the series, art cards and a shogi-esque board game.

The second half of the series will then follow in a similar Collector's Edition form later in the year, most likely around December 2016, with the second season of Seraph of the End likely to appear in a similar timeframe. It's also fair to say that this isn't the last we're likely to see of Universal Pictures' entry into the UK market, with other titles yet to be confirmed but currently in planning.

Watch this space, as we're likely to have more news about these and future releases as we move through 2016!