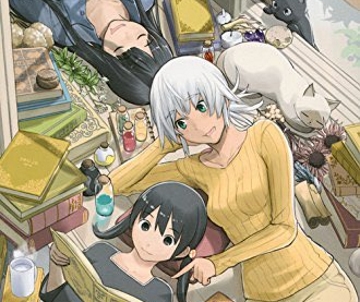 Anime Central weekend in Illinois has also brought us some manga license acquisition news - we've seen Yen Press pick up a couple of titles, but our eye has particularly been caught by the latest acquisition from Vertical Comics.

At their panel at the event, the publisher revealed that they have picked up the Flying Witch manga, no doubt hot on the heels of the critical success of its currently airing anime adaptation (which we've reviewed the early episodes of here, incidentally).

The series follows a young witch named Makoto as she moves out into the sticks to live with her second cousin and his family, giving us a view in on her unusual but broadly peaceful life in a sleepy town in Aomori.

The first volume of the series is currently set for its English language release in the spring of 2017.