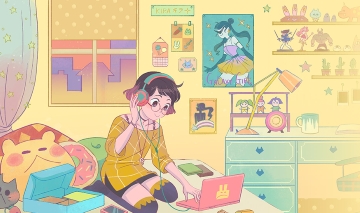 We heard this information in private this morning, but as it's now entered the public domain elsewhere we can confirm - last night, the CEO of Viewster Rob Pereyda announced that the company is closing its Los Angeles office, and also ceasing their OMAKASE subscription box service as a result.

The service will still ship its Vocaloid-themed March box (which is ready to ship from the company's distribution centre) to paid-up subscribers and support customers in the wake of the release of that box, but at that point the service will cease and close down.

Giving reasons for the service's cessation, Mr. Pereyda states that "Unfortunately the numbers were not scaling at the level or on the timeline that Viewster AG had hoped for." Mr. Pereyda also notes that the service was able to "create billing relationships with over 10,000 passionate fans".

UK Anime understands that the service was given a strict six-month period by Viewster's higher management to prove its value, and it seems that simply wasn't possible in the timeframe allowed, with the service struggling in particular with retaining customers from box to box given the broad variety of themes between each package.

With Viewster also seemingly now also out of the anime simulcast race in the UK with FunimationNow about to launch and Viewster having no entirely new offerings for the winter season, this may well be our time to bid our farewells to the company in the anime sphere.

It's a sad finale to a company that so excited us so with their brave foray into the UK streaming market, but which ultimately spiralled downwards into them receiving our very own Disappointment of the Year award for 2015 as their focus shifted towards Omakase.