Wakanim UK to stream Terror in Tokyo this July 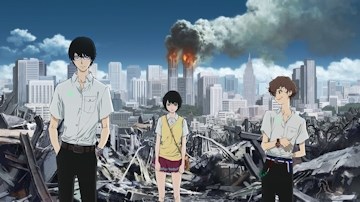 Wakanim UK to stream Terror in Tokyo this July


We knew that Anime Limited were going to be unveiling one new license announcement on their stand at this weekend's MCM London Comic Con, and thanks to our spies in the hall we can now confirm this license for you.

The series in question is a new simulcast, due to be streamed on Wakanim UK starting this July - the series in question is summer noitaminA slot series Terror in Tokyo, an original story directed by Shinichiro Watanabe (of Cowboy Bebop and, more recently, Space Dandy fame), and with music composed by Cowboy Bebop and Macross Frontier's Yoko Kanno.

No doubt we'll have further details closer to the summer anime season beginning, but for now we can look forward to seeing one of the season's potential hits here in the UK!

EDIT: It's now been confirmed that the official English title for this series will be Terror of Resonance.