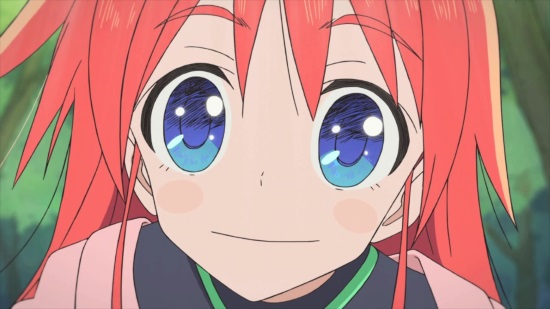 It’s been a long (and short) and very, very hot week but the anime industry has still managed to pass out a few juicy titbits for us to sink our teeth into so here is a quick round-up of the bigger stories from this week.

MVM’s Twitter account has confirmed that the listing for the Flip-Flappers Collectors edition listed the set as a DVD/Blu-ray combi pack in error. The set will in fact be Blu-ray only although a stand-alone DVD set is due out in August.

MVM went on to mention that the USA and Australia have decided to drop DVD as a format (although they did not specify any distributors by name). This will likely have a future impact on the UK market as MVM advised they will likely have to follow suit. There’s no word yet if this will impact other UK distributors but given that this could mean they would have to pay the full cost of mastering their own discs this is something that could well be coming.

Crunchyroll have announced that they will be adding Kei Sasuga’s romantic drama Domestic Girlfriend to their simulpub line-up on Crunchyroll Manga. The series, which has been running since 2014, follows Natsuo a high school student who finds his life complicated after his father re-marries and he discovers his new stepsisters are the teacher he has a crush on and a student he slept with after a mixer.

New chapters will begin appearing from June 5th and existing volumes will be available for purchase on the Crunchyroll App.

Square-Enix have confirmed that the mobile game Star Ocean: Amnesis will be heading West this July initially on Android. The game which will feature popular Star Ocean hero’s fighting through a series of full 3D battles was originally released in Japan in 2016. Sadly, like Fate/Grand Order before it, sign-up is only available in America though we can hope that the game will make it’s way over here sooner than later.

Finally, Anime News Network have advised that mikuexpo.com has confirmed that tickets for the virtual idol’s UK concert will go on sale on June 15th. No word on price yet but tickets to the French concert are selling at 35 Euros so take from that what you will. The concert will be held in the Olympia London on December 8th.