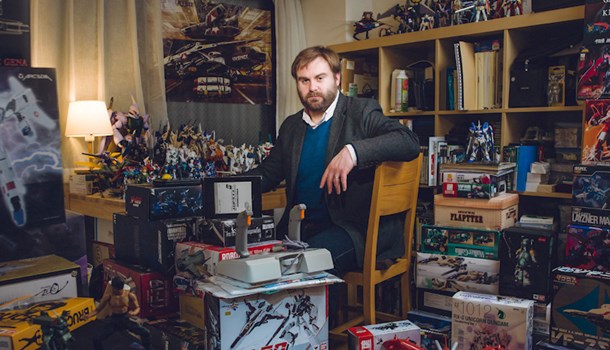 Oliver Barder is one of the UK's greatest exports. A journalist, games designer and even producer at Disney, he's been at the vanguard of introducing Japanese culture to Western audiences for nearly 20 years. The founder of the Mecha Damashii website and now writer at Forbes, he's lived in Japan and dutifully helped not only inform fans of Japanese culture, but worked on projects that incorporate it into their DNA.

He's kindly taken time out of his busy schedule to chat with us.

What was the first mecha series that caught your attention?

It was probably Macross Plus back in the 90s that started me down the mecha rabbit hole. Like most good anime, it just dropped you in the narrative deep-end and expected you to figure it out. Not to mention all the prior Macross lore helped to add weight to a very cogent setting. The mecha designs were also fantastic and switched me on to the idea that there was this person who designed these mecha for a living, which in the case of Macross Plus was Shoji Kawamori. Not to mention that the animation and music were great too. After that, I was pretty much hooked.

Once sparked, how did your interest in mecha manifest? Did you become an ardent toy collector, Gunpla enthusiast, devourer of mecha anime or even all 3 in an awakened mecha-feeding frenzy?

"It was everything at once really, I just felt compelled to devour everything mecha related and try to understand as much as I could about the genre. So I bought artbooks, watched lots of anime, played games and bought lots of toys. I messed around with model kits for a bit as well, but I found toys ultimately more interesting

How did you go from a Psychology degree in Hull to living in Japan?

Well, I did psychology because I didn’t know what I wanted to do. Before I went to university, I was a classical musician and I initially thought I would end up doing that. However, after more thought, I realised that I actually didn’t know, so I picked psychology because it sounded different and interesting to what I had done previously.

At university I set up an anime club, that ended up being one of the biggest in Europe at the time, and started playing a lot of video games. I got really good at arcade games like Virtual On too (read about Ollie's Virtual On arcade machine on Game Set Watch) and followed the mecha route through that really.

After university I did the JET programme for a few years and then came back to the UK, by which time I decided that I wanted to make games. So I started at Electronic Arts in testing and worked my way up the hard way.

Around this time, in parallel, I had started writing professionally across various publications and that is something I have continued to this day.

You've been a freelance writer, games producer, website founder and even a producer at Disney - what's your main role at the moment?

My current role is as a creative director at Sola Digital Arts in Tokyo working across a variety of anime and gaming projects. 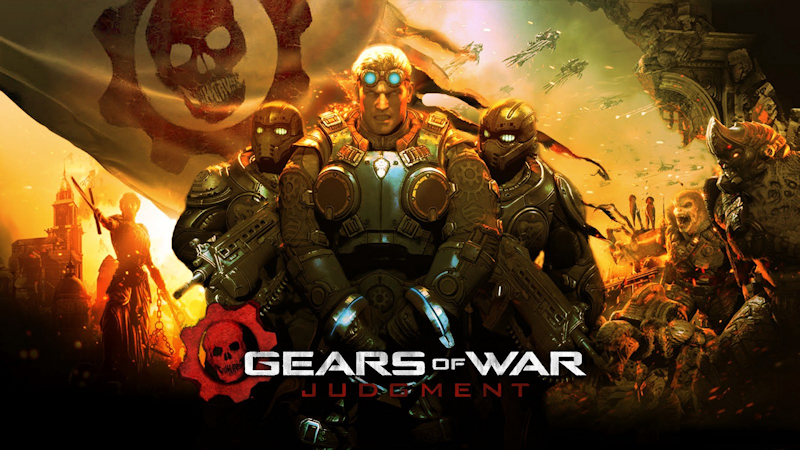 Gears of War: Judgement is just one of the games Ollie has been involved with

What's been your favourite role to date?

That’s tough, not sure. Everything has had its ups and downs in lots of very different ways. It’s all been useful though. For instance, game design sounds fun, but without doing game testing first I wouldn’t have been able to dissect how games play in any useful way. Being good at games is not enough, you need to understand what to do when games break down and how they can be improved. Again, working in game production also gives you a broader perspective on game development, something you don’t get from just being a designer. It’s all different and difficult, but learning how each part works has been satisfying.

How did your role at Forbes come about?

I was doing some pieces for Eurogamer and Kotaku, and Erik Kain at Forbes got in touch and recommended me to his editor. I sent over my portfolio and they loved it, giving me a role shortly thereafter. I really owe a lot to Erik for the opportunity and the Forbes games writers are all really great to work with.

You've written for dedicated gaming magazines like gamesTM and insertcredit, before moving on to stints at The Guardian and Forbes. Do you prefer to write for more ardent, well-informed readers, or general audiences who may be discovering the genre through you at the larger publications?

Actually, it’s both. I have to always think of both informed readers and the general audience. I feel it’s my responsibility to act as conduit of information for both, sharing everything I know to include everyone.

Which article(s) are you proudest of?

Not sure it’s a pride thing, it’s more the satisfaction of doing it right. That’s something I strive towards in all my articles, but I don’t always manage it, sadly. The interviews I do are a lot of work though and giving all sorts of people a chance to be heard, often for the first time, can be very gratifying.

Have you had any memorable reader feedback from a piece you've written?

I think it was after a piece I wrote about the eternally delayed live-action Robotech movie. I made appoint of mentioning how Robotech was assembled from Macross, Southern Cross and Mospeada, and that Shoji Kawamori should be involved.  After that, Kawamori’s team reached out to me and told me that was the first time the press had mentioned him at all in that context and that they wondered if I wanted to interview him. Apart from that, I get a lot of feedback from my readers on social media and that’s useful. 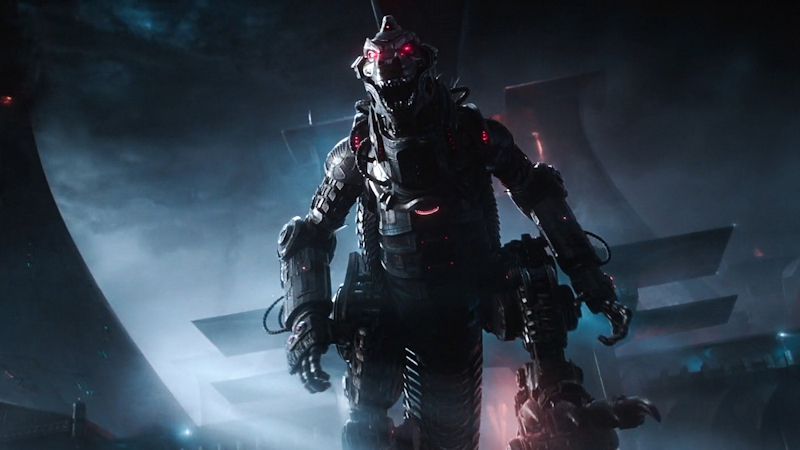 One of my favourite Forbes columns is your interview with Shoji Kawamori in 2015, and you've noted that Hollywood takes a lot of ideas from Japan (Ready Player One's Gundam, Godzilla and Akira nods for example) - how do you think Japan's global influence on popular culture is changing?

The past five years alone have seen massive changes in how Japanese pop-culture is perceived globally. Much of this is down to how Japanese pop-culture is now so readily available everywhere. I mean, when I was growing up, watching anime was a rare thing but now I can buy pretty much everything on Blu-ray everywhere, or even stream it from a bunch of different services. Not to mention that the last generation of consoles were all region-free really helped in allowing people to play games from a variety of regions.

I think this kind of cross-cultural exchange is very healthy and I am glad to see lots of Japanese works valued on their own merits finally.

How do you feel about the "globalisation" of anime, with foreign companies like TenCent, Netflix and Crunchyroll now influencing creative choices at studio level?

It doesn’t make much of a difference to be honest. Japanese studios and creators will do what they want to do regardless. This kind of thing is not new either, as the older Japan-only production committees were often very invasive, and productions had to deflect a lot of that to keep things moving forward. If anything, Japanese creators are far more adept at running circles around Western media executives than you would think.

In Games Design, you've worked on large and small projects, from Strike Suite Zero to Gears of War - which type of project is the most fulfilling for you as a designer?

The smaller productions mean you do a lot more tasks in a very hands-on way. So level scripting, game balancing, level design, audio design etc. When a production gets bigger, those tasks get split out into separate roles, so it’s more about how you can co-operate with others effectively.

As for Strike Suit Zero, I actually left a year before the game was released, to work on Gears of War, and the final game was a disappointing and unbalanced mess.

On Strike Suit Zero, mecha designs were created by Junji Okubo - did you have much input on that side of things and get to work directly with him?

Oh totally, I hired him! I pretty much came up with the how the game would work in a functional sense, created the story (with Michael Bunning) and discussed how the mecha would operate with Junji. The latter was crucial, as with mecha design you are baking in rule sets for the game into the mecha itself. Specifically, form follows function; so the design of the mecha needs to look like what it will do. This means it is intimately tied to the game’s design.

As I said, the final game didn’t turn out how I hoped after I left, but much of the structure and core of it was what Junji and I worked on for a good few years prior to that.

Anyway, Junji and I go way back and I really enjoy working with him.

What's the one gaming series you'd love to work on?

All of them really, but I prefer working on new games when possible. There is only so much you can do in terms of design when it comes to a pre-defined series.

What are your thoughts on the next-gen consoles? Have you picked between PS5 and Xbox?

I am a hardware agnostic. I play games on everything. I do find the Switch uniquely convenient compared to other consoles and PC though.

What's the most dramatic event in anime, mecha or gaming that you've witnessed in the last 20 years? 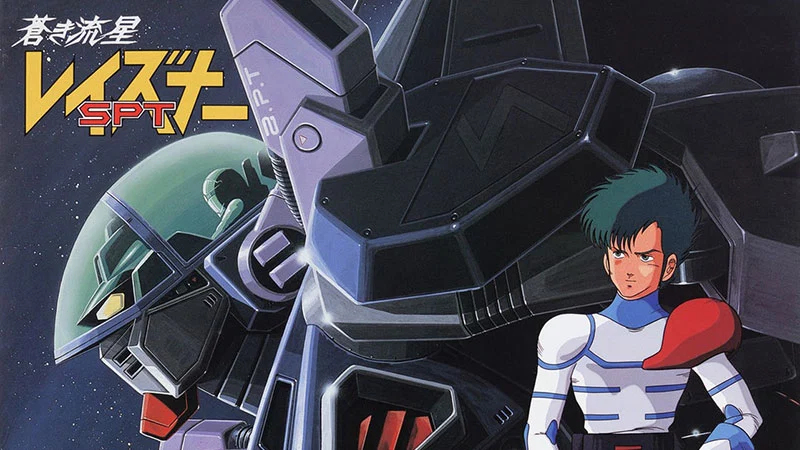 What's the one mecha show every anime fan should be watching today?

Finally, as a toy reviewer I have to assume you have quite the collection - what's the one piece you save in the event of an emergency?

I really don’t know; I would try to save as many as I could. However, the Sentinel figures of Giant Gorg and Manon Type are very special to me. Giant Gorg is also a great mecha anime series too, really focused in terms of the storytelling.

Our thanks to Ollie for his time - you can check out his articles at:

Hobbylink.tv for Toy Reviews
Forbes for articles on a variety of subjects
Mecha Damashii for mecha goodness of all shapes and sizes