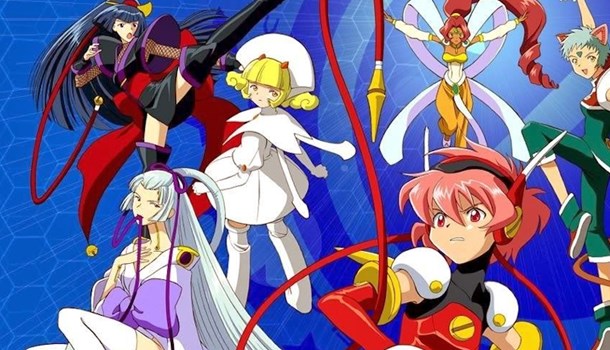 Clamp have been known to bring some fantastic mangas as well as animes to watch. Chobits with the loveable and innocent Chi and Cardcaptor Sakura with its wonderfully watchable characters are the most well known of Clamps' work. Now we have Angelic Layer, an anime about fighting toys.

Suzuhara Misaki as she heads to Tokyo to start a new school living with her Aunt. After getting a little lost at Tokyo train station, Misaki watches a bout between fighters. She later discovers that they were not real people, but toys, being like any young girl, she wants to try it and begins rising through the ranks of the sport with her Angel Hikaru.

Angelic Layer is much like Clamp's other work. It'll be sweet, cute, bubbly, fun for the family and action kept to family level. If your a fan of anime for over the top killing, death sequences and just plain violence, please leave now. While there is fighting, the Angels are taking part in competitions giving it their all and never holding anything against the winners. To point out though, the action sequences are some of the best your likely to see in anime.

Angelic Layer is a fun anime to watch. The characters are instantly loveable and you'll find that you'll be able to connect to each of them. Every character that appears in Angelic Layer helps to move the story along, keeping hold of your interest right until the end.

The only real problem with Angelic Layer is that the series doesn't have many plot twists or surprises. This gives the series a some what lack of tension, pretty much knowing how each episode end, what characters will do what.

This doesn't stop Angelic Layer being entertaining, however. The soundtrack is light and pleasent enough to fit with the series and the actually storyline is heathly paced with the length of the series and the characters, especially the characters that you'll love right until the very end. The actions sequences will more than likely be the best you've seen for a while. It will rot your brain with its cuteness and happy characters, but who ever said that was a bad thing? Entertaining this is and you'll be missing it out by bypassing it based upon its cuteness.