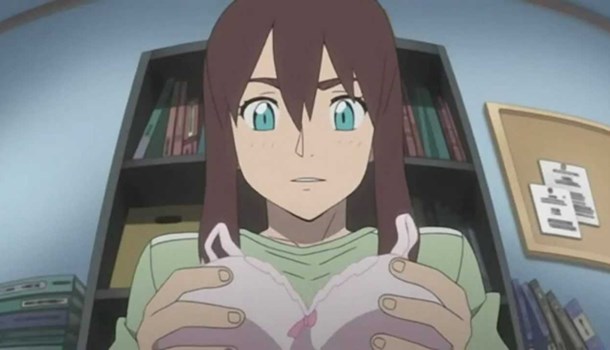 It’s difficult enough living with yourself without having to deal with another sarcastic mind within your skull. Especially one that insults you, criticises you, and just happens to be a female intergalactic police officer.

Unfortunately for Tsutomu Senkawa, recently deceased, this is the situation he is forced into when Federation Investigator Birdy Cephon Altera accidentally blasts his body into several small pieces while attacking a perpetrator. Luckily for him, death doesn’t come and Tsutomu wakes the following morning feeling fine. Only this time something isn’t quite right. Why doesn't he need his glasses anymore? Time passes, sleep comes and out of the blue he finds his mind inside the body of Birdy as she jumps over the skyscrapers of central Tokyo hunting for criminals smuggling weapons to Earth. Needless to say he is a little confused by these events and demands an answer, to which the response is “it’s only temporary!” So Tsutomu is now sharing a body with one of the galaxy’s most powerful and infamous investigators as she tries to prevent the destruction of all life on Earth.

Birdy the Mighty: Decode, is a retelling of the 1996 OAV Birdy the Mighty and the manga of the same name (both are worth picking up if you can find a copy, as its quite a good watch and read respectively) and, apart from being quite a bit longer, it follows the same general story line as both the OAV and the manga. However, the feel of the series is rather different here, and I personally find that Birdy is a rather difficult series to describe to friends when I have recommended it in the past. I personally like to think of it as sharing some of the same influences as Tenchi Muyo, Patlabor and Bubblegum Crisis. Don’t ask me to explain in detail how, but the little influences from the past become more evident as you watch... actually, I am positive that some of the alien species are nicked directly from the Tenchi Muyo series. However, I will submit that as much as I love those three series, Birdy seems to take the best aspects from all three (the delicious universe of Tenchi Muyo, the beautiful action of Patlabor and the writing style of Bubblegum Crisis) and merges all of these aspect into a single delicious form which wears very little, leaving not a lot to the imagination...

What does this mean? Well, it means that from the first scene to the very last, Birdy Cephon is kicking bottom; slaughtering and dishing out her own form of scantily clad justice to those evil doers hell bent on delivering pestilence to the galaxy. It means that there is strong emotion, strong characterisation, romance (in the delicious form of Maaya Sakamoto if you're watching the Japanese audio) and strong writing. Other than the slightly lacking art style which suffers from low frame rates during fighting scenes, I have nothing to complain about. Not even the English dub, which is actually very well acted and as entertaining to watch as the Japanese dub (unfortunately, Maaya Sakamoto is only available in Japanese), disappoints.

Actually, I lie. I can criticise, but perhaps in this case it isn’t valid. Birdy the Mighty: Decode suffers from being, in my opinion, a dumbed down, more modern version of the original. However, as the OAV is nigh on impossible to source these days, and the manga is out of print, it really isn’t fair to compare this updated retelling of the story, to the original source material.

To cut this review short, buy it, even if only the only reason you buy it is for the fact that the cover has a hot alien girlie on the cover (honestly, I am positive that half of my purchases are for this reason). Birdy the Mighty: Decode is a fantastic mix of action, romance and drama from start to finish and, in my opinion, is sure to be another future classic for those fans who must have it all.

Oh, and best of all, there is more to come!

9
Birdy, saviour of the universe, she saved every one of us...