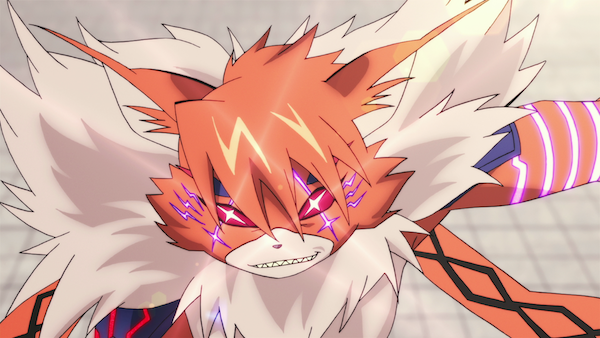 Welcome back to the world of Digimon. It’s a harsh place, full of pain and anguish and sacrifice. There’s no joy here, just the… Wait, what? Hang on a minute, I think I must have had the wrong disc in - err, nope… So then, talk about your tonal shifts? Far from the largely fun-loving and easy-going films and series you might be familiar with, the third in the new series of Digimon movies is a very different beast (or should that be ‘mon’). Let’s take a dive into what happened to lead us down this road.

Following the corruption and betrayal of Meicoomon in Digimon Adventure Tri The Movie Part 2 the Digidestined are shaken. Mei has all but totally retreated into herself, both missing her friend and blaming herself for everything that’s happening. Meanwhile the others become more and more concerned about how to stop the spreading corruption, before it affects their own Digimon partners. Himekawa and her mysterious agency may have the solution but it’s one that no-one is going to like, and it may already be too late!

So, in case you haven’t guessed, Digimon Adventure Tri – The Movie Part 3: Confession is not a happy tale and, as it turns out, this is a huge problem for the film: because as a franchise Digimon has never really earned the kind of emotional investment you need to pull off a story like this. Sure it has characters that are cool, but you never have much of an investment in them. Hence you’re unlikely to be all that bothered if anything happens to them. The result is a film that is pretty depressing, not because you empathise with the characters but rather because the whole thing is almost totally joyless. This film is over an hour and a half of people being angry, depressed and feeling sorry for themselves.

Matters are not helped by the script which has a really annoying habit of repeating information half a dozen times in the same scene. Generally without even bothering to reword it, which starts to grate early on and only becomes more irritating from there. It’s also a script which keeps trying to tell you how you should feel, rather than putting in the effort to generate any feeling in a more natural manner. “It’s an epic fight” Tai remarks at one point, over the scene of a fairly dull battle. One which never even becomes as interesting as the ones from the original series, let alone the two films that precede this one!

The general lack of action in the film is a pretty big issue too, with only one action scene right at the very end. It lasts a while but it’s also largely underwhelming, and thanks to the negativity that pervades the whole film it never becomes particularly fun to watch either.

On the production side at least things remain strong, with the visuals in particular continuing to impress. The Digimon themselves look great, with a really pretty dynamic style to them. Though the CG versions still look a little bit flat here and there.
The end result is not one which continues the strong opening acts of this new series. Even more annoying is the fact that none of these films are stand-alone, meaning this film is not optional for fans of the series. We can only hope that now that all this doom and gloom is out of the way the remaining films can return to what makes the franchise so well regarded amongst fans.

5
The third time is not the charm here.