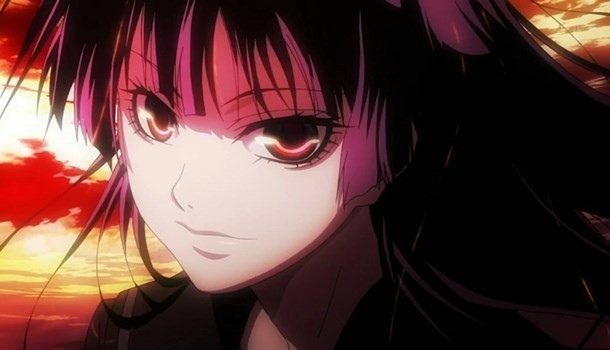 The Japanese love a good ghost story. From classic live-action fare like Ringu to anime classics like Spirited Away and Boogiepop Phantom there’s always a fascination with life after death. Now Dusk Maiden of Amnesia is the latest of these ghostly tales to head to our shores following its 2012 simulcast on Crunchyroll. But will this latest offering from MVM Entertainment haunt your DVD collection?

Seikyou Private Academy, like seemingly every school in Japan, has its own tales of mysteries and spirits. In particular students tell tales of Yuko, the ghost of a student who was killed at the school and haunts its corridors hunting other students in vengeance. Some stories have an element of truth to them however, as our hero Teichii Niiya is soon to discover as he encounters the spirit of Yuko herself after getting lost in an old school building. Far from terrifying, Yuko appears as little more than an ordinary school girl seeking nothing more than to make friends and enjoy herself, particularly with those like Teichii who acknowledge her presence allowing them to see, hear and touch her. Soon she’s enlisted Teichii to seek the truth behind her death and in the manner of all sensible Japanese school traditions this calls for the formation of a club – enter the paranormal investigations club! Quickly joined by Momoe Okanogi, a girl fascinated by the occult though with no ability to perceive it, and Kirie Kanoe - Yuko’s grand-niece - the gang quickly set about.... having slice-of-life adventures?

Dusk Maiden of Amnesia is heavily divided between two genres – on one hand it’s a fan-service laden comedy as Yuko causes chaos given that others can’t see what she’s doing, and all three of our leading ladies naturally fall for Teichii. On the other hand, the show is a dark supernatural drama which has a habit of finding some particularly nasty areas of human behaviour to put on show. To say that the jumps between the two, often occurring mid-episode, are jarring is putting it lightly – one minute the school festival is in full swing (the gang do a ghost house of course) and the next half the student body turn to rabid cultists prepping for a human sacrifice. The thing is that not only do both these aspects of the series work incredibly well on their own, they also succeed as part of the series as a whole. It sounds like it absolutely shouldn’t work and when it first started to happen on-screen I was a little doubtful, but just minutes later I was hooked and found myself alternately laughing and emphasising fully with the plight of Yuko. The story is really gripping from beginning to end and whilst the final episode is more than a little predictable it’s done well enough that come the close you’ll be thoroughly satisfied and holding off manly tears.

Technically, the show distinctly needs a lot of praise for its willingness to experiment. Whilst not every episode does so, the series proves itself willing to attempt something different. For example, the first episode essentially shows the same sequence of events twice - once from the perspective of one who can’t see Yuko and then again when we can. It’s simple and it works brilliantly. Later on, the show pulls an even bigger trick – an episode shown almost entirely in first-person perspective, which I honestly don’t think I’ve ever seen attempted before and it’s staggeringly effective! The more standard elements of the series work fine with some nice animation here and there (as you might expect, the most lavish attention has been focused on the fan service). Silver Link, the studio at work here, have done a great job. Also worthy of note are the elegant opening and ending themes, both in terms of the animation and the excellent music on display from Konomi Suzuki and Aki Okui.

The only real critism I can level at the series is that it runs a little long. Some tighter editing and less re-explaining things we already know could have probably cut the series down to twelve episodes, but in all honestly I can’t complain too much. The series keeps everything moving at a fairly decent pace and knows exactly how to keep its gags fun and its drama serious and gripping. If you open the DVD case then you will indeed be cursed – with having to watch an excellent series that won’t disappoint. Yuko will indeed be haunting your DVD collection for a long time indeed!