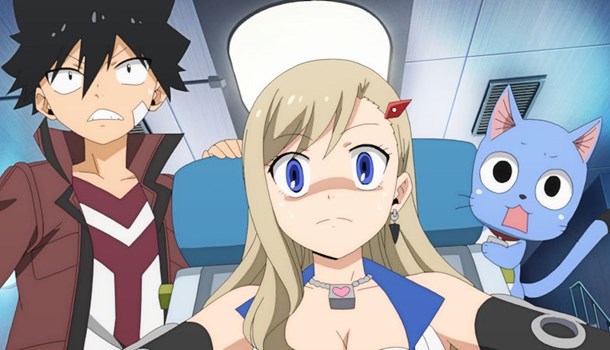 Based on the hit manga from Fairy Tail creator Hiro Mashima and animated by J.C Staff, this interstellar action-adventure series is straight from the Shonen mold, but what strikes you off the bat is just how ecchi this series is, especially for Netflix!

A mere five minutes into episode one and we have full on groping of our heroine's breasts by a closeted orphan named Shiki, who has been raised by the otherwise exclusively robotic populace of the planet Granbell. Removed from other humans, Shiki has neither the common manners of most humans, nor an understanding of boundaries. Quickly admonished by our buxom blonde, otherwise known as B-Cuber (aka Youtuber) Rebecca Bluegarden and her feline partner Happy, the three are quickly thrown together and set off into space thanks to a conveniently-timed revolt by the robot population against the two humans. It turns out to be a ruse to force young Shiki to leave the planet now that the option is available, because their batteries are about to die and they knew Shiki would never knowingly leave his robotic family behind. The sight of the powered-down robots, some in a final embrace with each other, is a very moving end to an episode that showcases almost everything the series has to offer. Action, comedy, intrigue and tragedy, it certainly has a lot more going on than you might expect from the "space adventure" premise.

The convenience of Rebecca arriving on Granbell when she did is fine as a one-off, but "convenient" was a word that sprang to mind more than once during this 12-episode half-season. All sorts of characters, abilities and tech falls into the laps of our main trio. Need a more powerful ship? Here's a space pirate to hand one to you. Looking for a character? Just fly past a random space monument and there they are sitting on it. As a result, outside of the battles, very little feels earned within the show, and that's a shame because it has some really good things going for it.

It is, for example, a very sharp looking series. The characters might look like they walked straight out of Mishima's previous works, but they're stunningly rendered - well animated, with kinetic fight scenes and imaginative locales, it's a show that just oozes quality and creativity.

Though I normally plump for subtitles, I have to say the English vocal talent is also well cast, with veterans Sean Chiplock (Shiki) and Kira Buckland (Rebecca) bouncing off each other with charm and energy. Special mention to Lizzie Freeman's bratty B-Cuber Labilia Christy, a spiteful little madam you can love to hate. A solid dub makes it much easier for the show to find a broader audience. 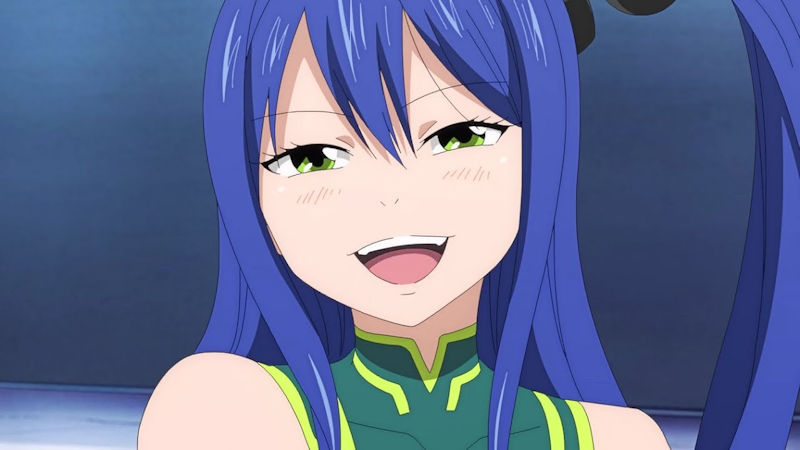 Magic in this universe takes the form of "Ether Gear", implants that grant the bearer certain gifts - Shiki can control gravity, while Samurai-alike beauty Homura can emit crimson blades for combat. Slimeball Weisz can reconfigure mechanical constructs and so on... All of these gifts make for some entertaining battles, something that fast becomes a staple of the series.

I touched on the fanservice earlier, and by the end of this first run I can see a number of people (you know the ones) being very offended at the content of the show. Rebecca is often a damsel in distress, being leched over by perverts, and even when she's in the safety of the ship she's often bathing or being given a massage. In a later episode, a villainous toad named Illega is kidnapping attractive girls, stripping them naked and turning them into furniture. It genuinely feels like they want the show to get picketed, but at the same time it never feels particularly nasty, with many of the scenes played for laughs in the vein of the classic British Carry On films. It's clearly a show that's designed to titillate and appeal to young men above all else, and in that vein it's also nice to see some traditional chivalry and aspirational heroics thrown in too. 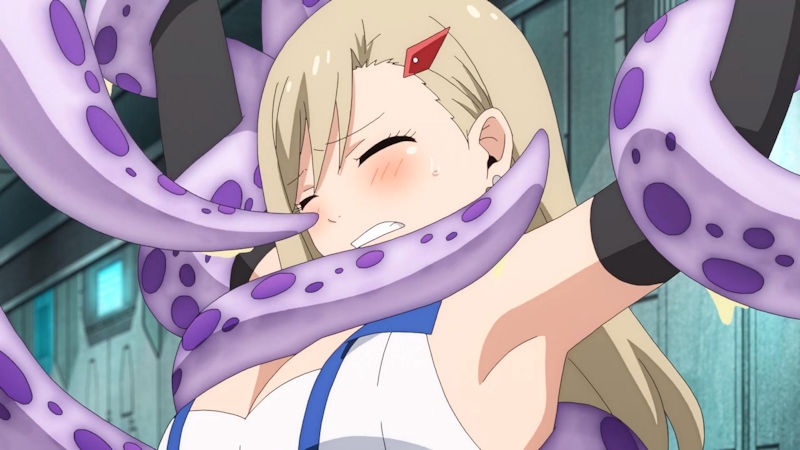 As polarising as the cheesecake is going to be, there's no denying that the episodes have a lot of heart - Shiki's quest for friends and his empathy for the plight of the robotic population give him some depth, and Rebecca's history with Happy is a genuine tear-jerker. I'd also add that despite Rebecca's tendency to fall into unfortunate situations, she's a very capable fighter who also manages to think her way out of problems and rally others.

There's a very old-school feel to this series. You have heroes, slimeballs with hearts of gold, hot girls kicking ass and chivalrous young men in search of adventure and stealing hearts on the way. In some aspects, Edens Zero reminds me of Lost Universe, Hajime Kanzaka's follow up to the fantasy series Slayers, references that probably date me considerably. It feels swash-buckling in a way that we just don't seem to get much of these days, with everything being a genre deconstruction that defies expectations.

Sometimes it's nice to just have your expectations met.

8
Adventurous fun with a lot of unashamed fan-service. A genre reconstruction in the classic style.