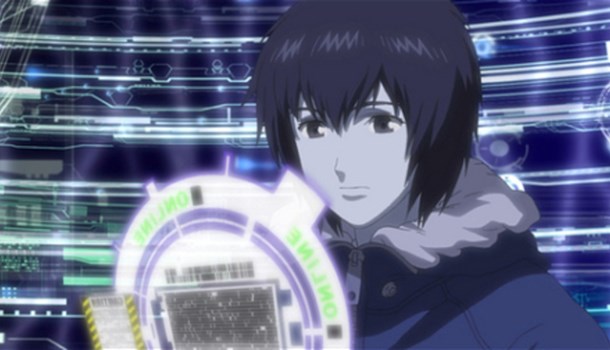 Ghost in the Shell: Laughing Man

Ghost in the Shell: Laughing Man is a truncated treatment of the original Stand Alone Complex TV series, taking a chunk of the Laughing Man story arc which underpinned the show over 26 episodes and spinning it into a feature film. It's been common practice for years in Japan (Macross and Evangelion spring to mind) and some of the films from those series have become genuine classics - so how does Major Kusunagi fare?

Taking what was always a complex series and boiling it down to a single storyline was going to be tricky, and though this single disc just about pulls it off, there are a few casualties.

Even during unrelated episodes of the TV series, there were the occasional and brief segments of dialogue which had an impact on the Laughing Man case - most significantly the episode in which Batou feeds the Tachikoma's a special oil which makes them act out of character is key to other robots going nuts later in the film, and with this element missing it does make those events a little confusing.

The script itself was treated to improve the film's flow, and again this seems to have worked pretty well. The internal logic is still fairly consistent and as a 2 hour action-fest, the film works well. Perhaps not quite up there with the CGI Appleseed movie, but it certainly entertains.

The TV production standards were always high, so it looks as sharp as it ever did. It also benefits from 5.1 surround sound, but the wrench here is that the original dub cast is largely absent - Batou in particular loses his familiar baritone and that takes some getting used to. Long time fans may find this grating, but if you have the original series, why buy this?

And that's really the crux of the review - if you've watched the entirety of season 1, there's really no reason to watch this, unless you want a quick recap. I imagine the real audience for this release will be those that missed the series the first time around and don't want to shell out the time or the money to catch up fully - this disc is a great appetiser for season 2, and under these conditions, the disc comes recommended. For those already well versed in the world of Section 9, buying this would be folly.

8
As a standalone release, great stuff. For anyone who's already seen it, there's nothing here for you.