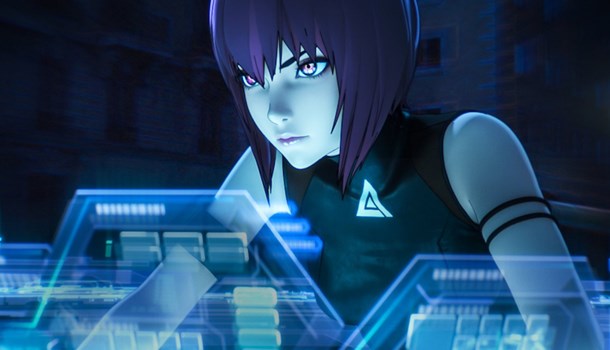 Who wants to feel old? Eighteen years. That’s how long it’s been since Ghost in the Shell: Stand Alone Complex aired it’s first episode in Japan. When season 2 concluded three years later we all eagerly awaited what was surely a foregone conclusion – the announcement of a third season of one of the most intelligently written and fantastically produced hard sci-fi series ever made. Surely Production IG wouldn’t sit on such a guaranteed hit? A year later we got the sequel film Solid State Society and it was great- surely a third season must be about to be announced to spring off the back of the film right? ….right?

Now many years later and having suffered through the painfully mediocre Ghost in the Shell: Arise we’re finally, finally getting that third season, which is surely cause for celebration right? Well, it is until you find out that the spectacular visuals of the original runs have been replaced with full 3D CGI and learn that there are a few more cooks in the kitchen... Can Production IG recapture the magic in spite of this?

Just over a decade after the events of Solid State Society, Section 9 has been dissolved (despite the film's conclusion being the implication that The Major was returning to the unit). The Major leads 3 of it’s members as part of a black-ops paramilitary group in America whilst Togusa has returned to a more mundane life at home. Everyone’s status quo is about to be shaken up however as Aramaki, acting on instructions from Japan’s new Prime minister sets about re-forming Section 9 with it’s original members and instructs Togusa to track down his former teammates. Meanwhile, the Major must navigate a murky mission for the Americans, who want her to capture a target who may well have incredible ramifications for the world.

So lets get one thing straight right now. The show is fine. It’s not a patch on the original but it’s not the train wreck Arise was either. The action looks really dynamic and is great to watch with the Tachikoma’s manoeuvrability in particular being used to really keep the momentum going. Even the awkward CGI isn’t as bad as it first looks and there’s been a solid attempt to translate most of the original designs to CGI (apart from the Major who for some reason has a totally different look) and it pretty much works to varying degrees of success. Also strong is the voice cast with most of the original Japanese cast returning in fine fettle. While the dub is oddly not yet available (Netflix sites CORONA-19 issues which would seem odd given that you would assume that it would have been recorded ages ago for quality control reasons, especially as the series was not made to be released weekly), many of the original dub cast are set to return too.

The bigger issues come in terms of the series content (brace yourselves because this might get a bit political). Now I can’t claim to be privy to any of the behind-the-scenes gossip for the series, but from what ends up on screen it seems pretty obvious that there was a huge amount of meddling from the American side of the production committee (the new series is now an American/Japanese co-production). How can I tell? Well, for a start America is suddenly the key factor for the entire series. The Major starts off the show working for the Americans who suddenly turn out to be basically the only people who have ever been able to outsmart her. There’s a new member of her team who is massively featured over the first few episodes – an African-American fulfilling the objectives of both having an American character and bowing to the old American TV concept of the ‘token character’. The day is quite literally saved in one episode by a letter from the President. The new Prime Minister of Japan is revealed to be American. The show's best new character, the pink haired fan-girl Purin, makes a huge deal out of the fact that she was educated in America as soon as she’s formally introduced. It’s all just a bit, well, obvious, isn’t it? On top of this the show feels distinctly dumbed-down and has shifted gears from a high-concept hard Sci-Fi to a more generic action series much more in line with something that you’d see made for the Sci-Fi channel.

On the other hand you can’t help but suspect both that the Japanese contingent were fighting back against this as hard as the could and that the Americans didn’t realise it. So for example, the new American team member is given the nickname ‘Clown’ and the series makes constant gags about how incompetent he is. A secret agent character, despite having a fairly significant role, has less effort put into his character design than a pen on a desk in the background of a shot and so forth. It’s all very in your face and makes you really wish it would just go away and let returning director Kenji Kamiyama get on with making the show everything it could have been.

Elsewhere, we’ve already mentioned the CGI which again – is fine, and lets not forget that the original series used a lot of CGI too it was just better disguised, but there is simply no getting around the fact that a show made in the modern day looks vastly worse than a show made nearly 2 decades ago. There’s simply no logic as to why the series didn’t keep the original look, if only for the sake of continuity if nothing else. Sure, it’s probably more expensive than having to make some one-off character models to animate but surely Arise didn’t damage the brand so badly that it killed Production IG’s confidence in it entirely? And why are there so many seemingly unfinished shots? Why does the naked man whom we are expressly told is human have no penis?

Let's not forget the lacklustre score from Nobuko Toda which simply cannot compete against the spectacular scores from Yoko Kano. In a very real sense these changes just set the show up to fail. It would be like remaking Final Fantasy VII and replacing the best turn-based combat system ever with a really crap third-person real-time combat system (easy now , breathe!- Ed)

What this ultimately comes down to is that new viewers will get a pretty good (if forgettable) action series with a load of references they don’t get but existing fans are going to be a bit let down if they were expecting more of the same. A second season is on the way (no date has been set at time of writing) and hopefully might twist the presently underwhelming story (which seems to have been lifted from an X-men book) into something more meaty and on the level we’re used to. Until then though it’s no more than "fine".

6
Even the Major can't hack her way out of this!