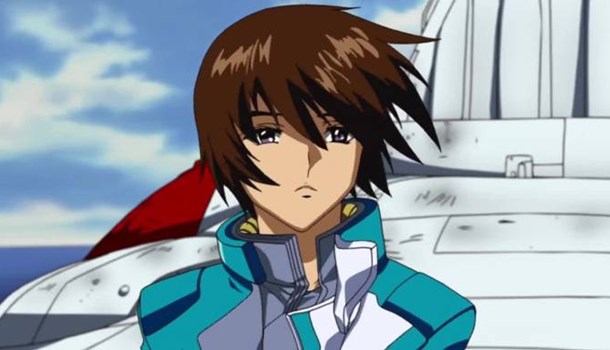 The final volumes of Gundam Seed take an ever escalating conflict and there’s no holding back any more – humanity is divided, the big guns are rolled out and suddenly even Nuclear Armageddon is a terrifying reality, and it’s all been masterminded by one man intent on the total annihilation of mankind. If Kira and Athrun are ever going to end this war, they have to act, and fast.

I have to confess that even I wasn’t expecting such a gut-wrenching conclusion to the Seed saga - whilst disc 9 introduces the Clyne faction as a benevolent authority figure, even the forces lead by Lacus can’t hold back the torrent of death and disarray caused by the major players, such as the anti-Coordinator faction Blue Cosmos and the insanity of Athrun’s father. By the time we hit disc 10, all hell breaks loose, and the casualties climb into the thousands as planets are attacked, and the colonies face destruction.

As a series heavy on character development, Seed is all the more upsetting as even minor characters are killed off, sometimes in seconds and with no warning, highlighting the true face of war and the senseless nature of combat. By the time we reach the final act, where my favourite character is killed off, Kira’s anger sends him into a major confrontation with La Krauze, and whilst the outcome was never in doubt, I was a little disappointed that the final battle didn’t have more vigour. I really wanted Kira to lay down a megaton of smack on the masked villain, but the fight was somehow lacklustre. In a series that has, so far, never failed to deliver, this was a little disappointing.

Despite this minor gripe, Gundam Seed finished with a flourish and renewed hope for the future. Happily the insert that comes with the disc confirms what we already knew – Gundam Seed Destiny is on its way, and the Universe will be torn apart all over again.

Extras
The disc features a 15 minute epilogue, which is a nice touch. It’s only available subtitled, which is a bit of a let down for those of us who watched the dub, but at last I can delete the DivX version of it that has been haunting my hard drive since the series started. The usual trailers and extra information feeds are in situ.
10
A fitting climax to one of Beez's best titles to date