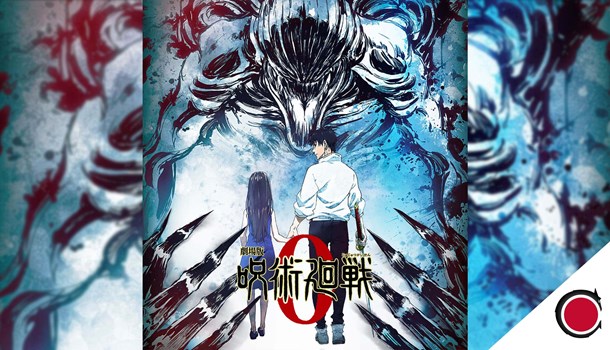 Bullying Yuta at school is a bad idea. Bad because he’s carrying the curse of his dead girlfriend, and bad because that curse can and will kill you. Needless to say, Yuta is not in a good place.  Discovered by Jujutsu sorcerer, Satoru Gojo, Yuta is brought to an unusual high school where the students learn to control and wield curses: the jujutsu arts, and they might just make a few friends along the way. The problem is, ex-pupil and powerful jujutsu sorcerer, Suguru Geto, has designs on Yuta’s powerful cursed energy...

Could we be any more firmly in shonen territory? I think not.

Anyway, having been in the right time and place, I was invited to a preview screening of Jujutsu Kaisen 0, and only knowing the anime (based on the manga by Gege Akutami) by reputation but knowing that the film was a prequel of sorts, I felt I better quickly immerse myself in the first series.

As a rule of thumb, I'm sceptical and distrusting of prequels, the need to reach a predefined end-point in the story to take us to where the original starts often stifles creativity; a further corollary is a tendency towards nods to what comes after, assuming knowledge exists in the audience. Without that understanding, neophyte can be completely baffled by what they are watching and subsequently end up locked out of the experience. As a film, Jujutsu Kaisen 0 sidesteps almost all these issues, and love it, hate it, indifferent to it, if nothing else it manages to be a fully standalone adventure. Seeing the reaction of the audience, some of whom had never seen the series, I sensed (litotes for emphasis) more than a small measure of excitement as the credits rolled. It’s a fair reaction, because Jujutsu Kaisen 0 manages to pull off what is a very good shonen experience, one where I felt if you love the series, you’ll likely love the film, or where if you are after an hour and forty-five minutes of shonen escapism, there’s a lot of entertainment to be had. Also, it never felt like an hour and forty-five minutes, more like a breezy hour.

Most importantly, the film sets itself up well; another gotcha with a prequel like this where it needs exposition. Who and what are curses? Who are the protagonists returning from the series? (Notably Yuta does not appear in the series – the first one anyway, series 2 incoming next year). What is jujutsu, and who are the baddies?  Potentially there’s a lot of spouting of exposition that will crush the opening of the film into a dull beast, but again it breezes through this, effectively and efficiently so that the film can get into what it does best: uniting friends and the kicking the arses of curses and villains, and their associated shenanigans and scheming. 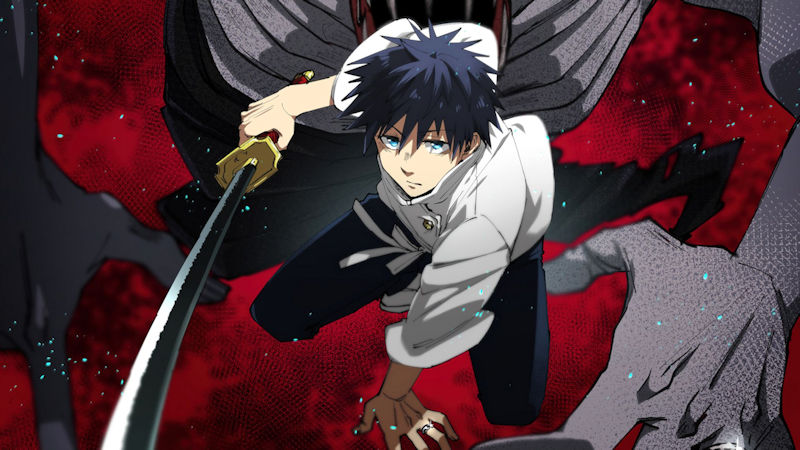 As he enters the school, via mentor, teacher and bit of a blindfolded loon, Gojo, Yuta gets to taste friendship with the first-years. Returning characters include family failure, Maki; cursed voice, Toge; and Panda, who is, well, a giant panda. These returning protagonists, though as first years not second years as in the series, follow the expected arc, befriending Yuta as they teach him what it means to be a jujutsu sorcerer and how to be a human being. Yes, the arc is familiar, as we’re entrenched in shonen-land, but as it so often is, it's a question of whether the characters are engaging in the setting and if they work. Happily, they are and they do. Maki is tried and tested as the acerbic and remorselessly driven cursed-weapon wielding family disappointment, but she exists as her own person, and more than anyone helps to bring Yuta out of himself, ironically often by borderline bullying, but with good intentions not ill. And Panda, well, who doesn’t love a giant panda? That would just be weird; talking of weird, at first some people might assume Toge is something of a comic relief character, talking as he does only in rice ball recipe ingredients, but again who looks after Yuta in his own unique way (kelp, as Toge would say). Most characterisation is limited to these four as the film kicks into where it wants to be, a whole lotta shonen fight scenes – albeit with a story and an impact on Yuta and his friends.

This is why the latter stages of the film work; though it sets up a whacking central Tokyo war between jujutsu sorcerers, it never forgets that spectacle itself can tend to be shallow. Where slick, sleek action sequences work best when there is an emotional resonance, and as expected, because our focus is on Yuta and his newfound friends it’s not just all for show. That said it delivers the higher-end big showdown as well as the emotionally focussed, personal action sequences. The supporting cast from the series enter the fray too, none with introduction, but in such a way that if you don’t know them it doesn’t matter. Their brief appearances, in a narratively suitable context just hint at the wider world, and if you do know them, well then, it may add to your experience. You can tell MAPPA have a bigger budget - the animation is smoothly done and seamlessly orchestrated by director Sung-hoo Park.

If I had an issue with Jujutsu Kaisen 0, it’s probably that arguably for me it wasn’t a film in its truest sense. More a short series placed on screen in a cinema. Though I arguably enjoyed Jujutsu Kaisen 0 more than my last cinematic anime experience, Belle, that at least clearly sat on screen as a film, cinematic in scope and imagery, whereas Jujutsu Kaisen 0 felt like an extension of the series, not necessarily a cinematic experience. Almost anything will look better in a cinema and with the right audience (and yes, this was the right audience, the guy next to me, as the credits rolled, was hollering wildly), but it wasn’t quite the jump from small to big screen.  Arguably that’s not an issue because at risk of repeating myself, those that love the series will love the film, because it feels true to the tone, spirit and style of the series.

How did I feel as the credits rolled? Much as I did the series – though I still had one episode to go that I finished off after returning home – I enjoyed it but it didn’t do anything new or unique enough to get me really excited. There was nothing of the iconoclasm of Rising of The Shield Hero (OK, that’s an isekai but both series are routinely described as dark fantasy). Both the series and Jujutsu Kaisen 0 were solid, sometimes dark (though probably not as dark as my tastes would run, something I appreciate when reviewing) with the expected shonen hijinks.  As I said to the Funimation guy as I entered the building, I rate shonen on the Full Metal Alchemist: Brotherhood scale, so everything is damn near screwed against that.

As I was leaving, and we were funnelled back into the reception area, an audience member was being asked their reaction on camera. I didn’t need to hear what he said (actually I didn’t), his emotive body language gave away his opinion (admittedly I have twenty-years on him and couldn't move so fluently if you paid me). So I think my overall impression stands: the existing fans will love it; for those after escapism, there’s a lot to enjoy in a well-packaged narrative that speeds by thanks to the slick animation and breathless pace. Considering state of the world at the moment that’s probably a blessing.

7
Slick shonen fun for the masses, and for those that adore the series, a film that they will likely love
LATEST REVIEWS