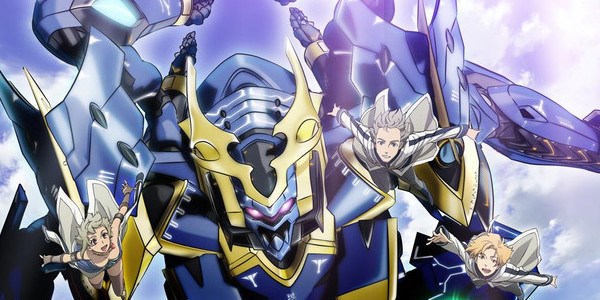 Based on a series of light novels that have been running since 2010, Knight’s & Magic is this season’s entry for fantasy lovers. It offers up a neat spin on the ‘trapped in another world’ concept, as we find our protagonist killed in a car accident and reborn into a parallel world as a child. Is this Tanya The Evil all over again? The opening episode whips through proceedings at a dizzying pace, charting child prodigy Ernesti’s growth as he soon realises that his skills at coding on Earth make him a natural pro at magic in this exciting new world, as they utilise similar logic systems. Armed with this knowledge, he quickly sets about getting up to speed piloting the world’s giant robot knights (aka. Silhouette Knights) - spurred on by the otaku tendencies of his past life as a Gunpla modeller.

As a mech show, Knight’s & Magic makes for an interesting blend of science-fiction and fantasy, in much the same vein as genre classics like Escaflowne and Broken Blade. However, its CGI mechs and video-gamey mechanics show none of the artifice and subtlety of those shows. Though there’s much to admire in the general pacing of the show, and how quickly it sets up its world premise.

This is all aided by attractive animation work from studio 8-bit, who give the mechs and characters alike a glossy, colourful sheen. An early encounter with a humungous monster instantly recalls the likes of Monster Hunter and God Eater, and this high-octane, game-like action proves to be particularly watchable. We’re also gifted another absolutely stellar opening theme courtesy of Fhána, who are on a roll following their work on Miss Kobayashi's Dragon Maid earlier in the year.

When it comes to the show’s characters though, we’re on less steady ground. Ernesti himself is particularly unlikeable. His endless energy and optimism often spills over into blind arrogance as he breezes through the series, like the veritable dictionary definition of ‘Overpowered main character’. The supporting cast are largely forgettable, with a doting childhood friend and busty female mech-pilot coming across as bland one-note tropes.

All told, Knight’s & Magic already feels like the kind of show that won’t break any new ground, or try anything too daring. But despite this, there’s a clear sense of progression to it and a clarity to its old-school mish-mash of mechs and magic. Which feels like a throwback to a more innocent age, and that can never be too bad.

You can currently watch Knight's & Magic in streaming form on Crunchyroll.