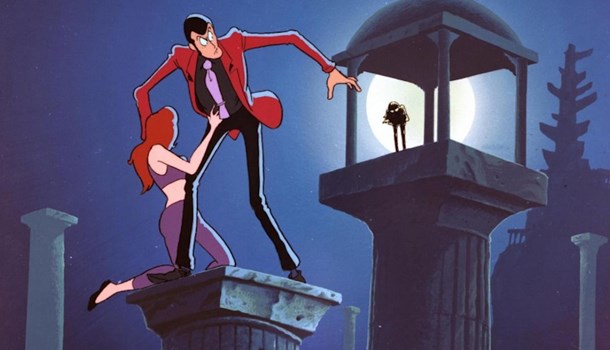 Lupin the Third: The Secret of Mamo

The world’s most wanted thief Lupin has been killed, but Interpol Inspector Zenigata doesn’t believe it and is determined to find out the truth.

With Lupin it seems you sit in one of two camps, you either love it or hate it. Plenty seem to enjoy the adventures of Lupin and co. and during the course of The Secret of Mamo there are flashes of what made Lupin great, but there's no escaping that the film really looks all of it's 30-plus years, and in an age of exciting digital animation, this is going to struggle to compete on the shelves.

Which is a shame, because The Secret of Mamo is every bit the classic Lupin adventure - with familiar characters, enticing locations and plenty of chases. The film may not be on the same classical standards as The Castle of Cagliostro, but it does have plenty of energy. Lupin and other characters like Zenigata and Goemon really shine on occasion, showing just why they are much loved by older fans.

But alas, time has not been fair to the film. Animation at times can be extremely disjointed with certain scenes slowing down to single digit frames. There is even some voice to mouth movement misalignment at parts. Whether that is down to the DVD transfer or the original film will require fans to dig through their old VHS copy for comparison, but it does distract at times.

The real puzzle is who exactly this release is intended for. There's nothing new here; Extras are the latest Manga trailers and some concept art. Apart from that we have the usual dual-language in stereo 2.0 and that’s it. Chances are that if you're a serious Lupin fan you'll have this already, and it's only real purpose seems to be a solid repacement for that fansubbed VHS in the cupboard.