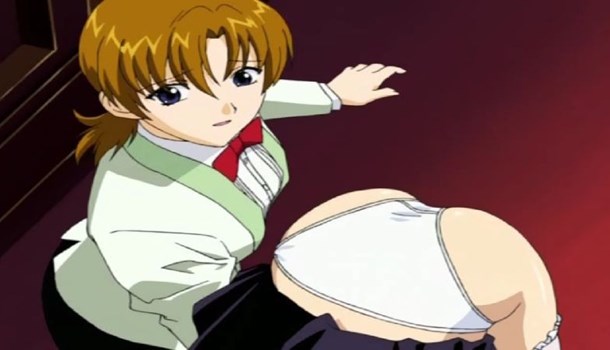 It took me a while to figure out how to approach this review. I usually look for who the series is aimed at, what's in it the target audience might like and whether it appeals to other people. The problem with Najica is that it's so one-dimensional that a review seems utterly pointless.

Lets get the plot out of the way: Najica is a secret agent who is assigned various missions, and the laughable plot-arc is that someone is creating "humaritts", which are basically replicas/clones/whatever. This basically lines up armies of young girls to be beaten up by our "heroine", served up to a panty-hungry camera.

I'm not a prude by any means, but Najica is so blatantly a means to an end that its almost insulting. Almost everything that isn't to do with the appropriation of panty shots seems lazy and cack-handed. Sure, the fight scenes are well choreographed, the animation pretty good and the character designs sharp and appealing, but the plots are sub-par, the writing lazy and frankly I was embarrassed watching it.

Basically, if you're turned on by girls beating each other up to reveal the best angle to their knickers, then this is for you. For everyone else, ADV have far better titles demanding your cash, and for a stylish 2 girl team up, you're better off with the superior Noir.
3
Serves its purpose, but surely a magazine would be cheaper…