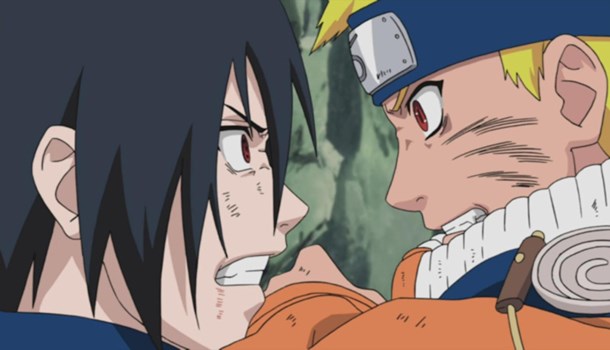 This latest batch of episodes continues on from Series 2 part 2 right after the conclusion of the semi-final round of the Chunin exam. Series 3 begins with all the remaining combatants preparing themselves, with Naruto hooking up with a new character that has entered the village.

To be fair, if you’ve gotten this point of the story, it’s going to be safe to say you’re a fan of the nine-tailed fox boy. After all the excitement with the end of the last series, it’s a little disappointing to have such a slow start to this collection. Things really don’t kick off until half way through, but when they do, it really, really does pick up.

The majority of the first half concentrates on Naruto and his new line of training, but after about 6 episodes, the snails pace at which the story plods along becomes somewhat annoying. Thankfully things kick into overdrive  shortly after and the excitement level finally gets back up to the usual lofty heights.

The technical imperfections that appeared during the first series DVDs have been ironed out, making this DVD collection a much better product. The usual collection of extras are available and for those that have been watching the TV series, the uncut episodes will be a real treat.

As with any series of this length, if you're still around at this stage, you're going to be picking this up regardless. The good news is you won't be disappointed.

7
A slow start, but manages to settle itself in half way
LATEST REVIEWS