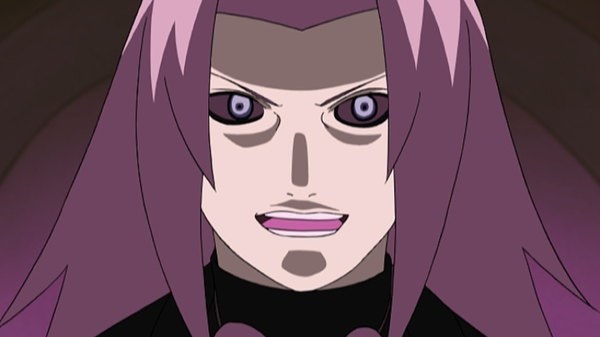 No, don’t rub your eyes, it’s true. We’re finally at the penultimate volume of the original Naruto. The end is in sight. There is a light rushing towards us. (Stay away from the light! - Ed) Can you feel it? Can you? CAN YOU? No doubt those who have been following my reviews of the Naruto series over the years will know that I’m more than happy to see the extreme case of filler Naruto has been suffering from come to an end. It’s so close you can almost taste it.

Rock-Lee continues his mission to rescue his beloved mentor Guy, but when they are pit against each other without knowing who the other is; they seem more likely to kill each other. Following on, we get even more Naruto stories where the ninja teams up with more characters and more stuff happens. Oh and we get a recap episode looking back at episodes from about three series ago.

As seems to be the standard here, the filler does nothing to advance the plot, keeping with the tight framework that has been put forward from the canon episodes. So once again we find that nothing happens and anything that does occur gets reset to zero once the episode arc is over. It’s infuriating to say the least and just compounds the fact that the filler is doing nothing but killing time.

The issues don’t seem to stop with the episodes either; there are also some technical issues with the DVD chapter selection. What is normally a standard with anime, where you can skip the intro and head straight into the episode seems to have been forgone completely, so that skipping an intro will take you straight to the middle of the episode. While not a deal breaker, it seems odd that previous collections have done this before and it is missing here.

Once again it’s the usual conclusion - The Naruto fans will no doubt eat up yet more of the orange ninja. For the rest of us, it is almost over and the new series will start soon. Just one more DVD collection to go and we’ll be back on track. Hopefully by then the series quality will improve both in animation and story quality.

5
Yet more of the same, but it’s nearing its end.
LATEST REVIEWS