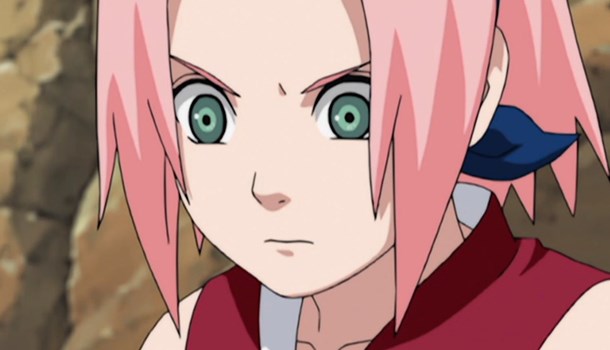 After three and a half years and 220 episodes we are finally here. Series 9 brings the current incarnation of Naruto to a close and we seem to be ending with quite a bang. So does this last set of episodes bring everything to a complete close?

Naruto, Sakura and Lee are hired to escort a “Ninja Dropout” named Gantetsu, while Todorok,i the captain of the guard, has a personal vendetta against the ninja. During an attack, Naruto, Todoroki and Gantetsu are separated from Sakura,leaving Lee and the guards to be relentlessly attacked by the Ninja Dropouts.

The first two stories are the usual thing we’ve been encountering over the last few years. There is nothing particularly exciting about the episodes and they just reinforce how disappointing the filler that has been plaguing the series can be.

Where things do kick up a notch is with the final set of episodes. Here we are reunited with the Sand Ninja Gaara, Temari, and Kankuro and their mission to retrieve a student of Gaara. This set actually looks back at the last mission that contained the three sand ninja. While it is still filler, it is one of the better outings that has appeared recently and does certainly ends things with a bang, especially with the return of one of Naruto’s biggest foes.

While the story is somewhat better, the animation is still below what the series started off with. While it is still watchable, it shouldn’t be dropping to these standards on such a regular basis. Hopefully with the end of this aspect of Naruto and the release of the coming Shippuden, some much needed budget may be fed back into the series and we’ll see improvements.

On the technical side, the DVD is made up in the usual way. The issue from Series 8 Part 2 raises its ugly head here again. Skipping the opening sequence will go ahead to the mid-point of the episode rather than to the end of the opening sequence. It’s not a major issue, but it is annoying when your only choices are to watch the opening sequence or manually fast-forward past it. Opening "chapters" have been standard in anime DVDs for many years and it is strange that it's missing here.

Series 9 is one of the better filler collections and does get you pumped up for the upcoming time-skip that will take us to the new series. The animation and general pacing is what we’ve been encountering for the last couple of series but it shouldn’t put you off, and at least the series ends. Naruto fans will no doubt enjoy this last set and we can only hope we will see improvements in the new series.

6
An improvement in story with the last set, but pretty standard as a whole.
LATEST REVIEWS