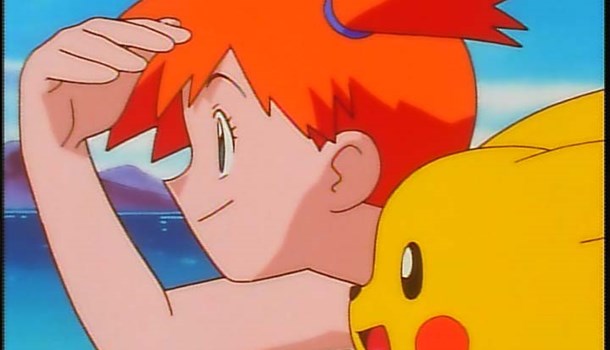 It’s very tempting to review this one by simply stating “it’s Pokémon”, as surely everyone has heard of this particular franchise by now? Well, perhaps not… Pokémon: Indigo League celebrates it’s 20th birthday this year, meaning those kids of age at the time of the show’s original TV broadcasts are likely to be pushing thirty, or beyond, and will in some cases have kids of their own.

So, let’s start at the beginning: Ash Ketchum has just turned ten years old, as such he’s finally allowed to set out on his own and journey the world with the aim of becoming a Pokémon master. He is very excited by the prospect of getting his very first Pokémon, from local expert Professor Oak. However, after oversleeping Ash is left with very little choice and has to make do with a seemingly troublesome Pikachu (or "electric mouse"). Luckily for Ash, while troublesome (with his electric attacks being the source of one of the series running jokes), Pikachu eventually proves to be a loyal and invaluable companion. Unfortunately, the special nature of Pikachu also attracts the unwanted attentions of the nefarious Team Rocket. These elements make up the main thrust of the plot and the weekly shenanigans.

While on their journey Ash and Pikachu run into many colourful characters, some of whom join them. Misty is the first to join the crew, and she’ll never let Ash forget what happened to her bike. Then, eventually, Brock the Pokémon breeder makes up the trio of friends who journey together, along with their respective Pokémon. While on their travels they also run into the likes of Nurse Jenny, Officer Joy (and all their relations), and various Gym leaders, as well as many others along the way.

The plot, such as it is, mostly takes the form of Ash trying to win his “Gym badges” - by battling the various Gym leaders - in order to gain access to the Pokémon League and become a Pokémon master. Along the way he learns various lessons about life and gradually levels up his skills as a Pokémon trainer. All the while fending off the unwanted (and oft-comedic) attention of Team Rocket’s Jessie, James and Meowth. It’s all pretty straight forward, there are no complicated plot twists or revelations to be found here. Really that should be expected, this is after all a children’s show. And in that aspect the series excels now just as much as it did 20 years ago. Our little one became as engrossed and in awe as children were back then. He sees, and demands, Pikachu everywhere - the Pokémon marketing machine has lost none of it’s potency through the passage of time.

Animation wise the show looks ok, despite it’s age. It never was going to win any awards, but it is functional and many of the Pokémon are adorable (though some really are not…). The soundtrack is - as anyone who has ever heard it can attest - terrible, yet addictive. That all these years later crowds still sing along to the theme tune at conventions the world over is testament to the power of this Pokémon earworm.

When all is said and done Pokémon: Indigo League can only be described one way: A children’s classic. It will engross and entertain today’s kids just as well as it did twenty years ago. Though older children may find the 4:3 aspect ratio a little odd, the little ones will neither notice nor care about those black lines at the side of the screen. I strongly suspect Manga Entertainment will be laughing all the way to the bank after this release…

7
The ultimate in kid’s classic animation, just as addictive now as it was when it first aired.
LATEST REVIEWS