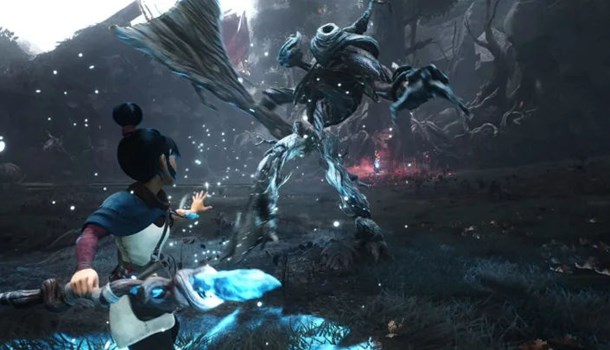 A little over a year ago the first showcases of games for the then-next generation of consoles was doing the rounds. Out of the sea of ports and rushed-to market cash-ins one game stood head and shoulders above the rest. Kena, Bridge Of Spirits looked incredible, but unfortunately delays pushed the game back further and further from launch until this year. Now though, the wait is over!

Kena is a spirit guide travelling to a shrine deep in the mountains in order to settle a personal matter. When she arrives at the village at the base of the mountain however, she finds her path blocked by darkness and many spirits in dire need of her skills to help bring them peace.

There isn’t too much more to say about the story of Kena as its treated very minimally. Whilst the various spirits she encounters have a fair amount of solid backstory it never quite meshes into a narrative for the game. It’s also rather frustrating that Kena herself never really gets much in the way of character development or backstory. She's just... kind of present.

In other games the lack of story might not have been as noticeable, but makes Kena noticable in the first place is that this is, without question, the most beautiful game ever made on any console ever and there’s nothing even in development that looks like it will come close! It looks like the result of Pixar making a Ghibli movie! With lush, verdant environments, gorgeous character design and incredible animation, it's just begging to be used to tell a story, and it's oddly missing from proceedings.

The game itself is also a bit of an odd beast when it comes to gameplay, as about the last thing you’d expect from the game is for it to be yet another entry in the long line of games that for some reason want to copy the tedious Dark Souls formula of controller-smashingly difficult combat encounters with enemies that strip away the entirely of your health bar if they so much as fart in your general direction. Even on the easiest difficulty setting later bosses and enemies still prove challenging as most of them have wide, sweeping chain attacks that render the dodge useless and the timing on the parry seems to alter depending on the alignment of the stars...

Alongside the combat there are some spectacular open world platforming areas to get through, a set of utterly adorable creatures to collect & equip with hats, and some rather obscure puzzles to try and work your way through, making the game as a whole seem a little unfocused.

It’s also very clearly a game that ended up being rushed out the door despite the delays, as the final third of the game delivers not another amazing open world area but three linear corridors with some enemies to fight in them... It makes the game a bit of an awkward one to assess because there’s so much potential here and it’s almost worth picking up for the animation and visuals alone. At the same time though it really feels like there were about three different games being crammed together here and none of them really works well with the others.

On the whole I’d have say that this is probably one to pick up in a sale, though it’s certainly worth a look to see what a next gen game really looks like!

5
The most stunning visuals ever don't mask some flaws in the core gameplay. 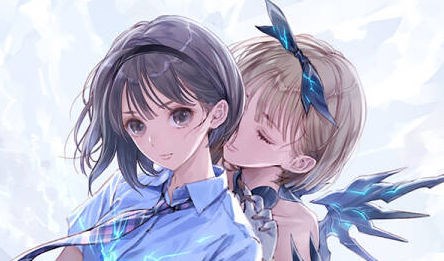 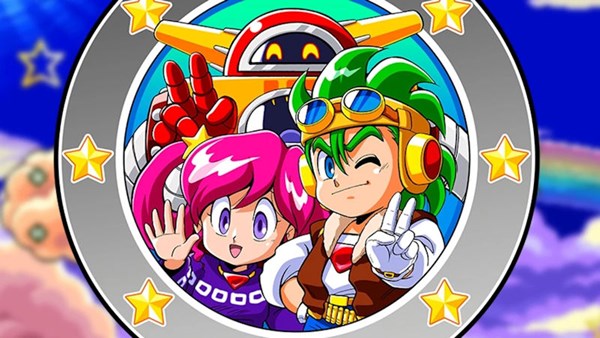 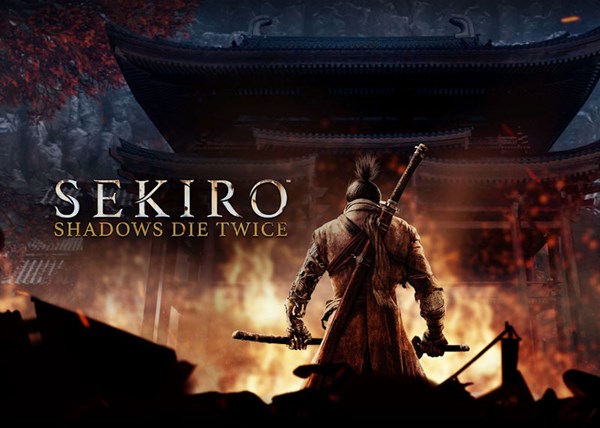