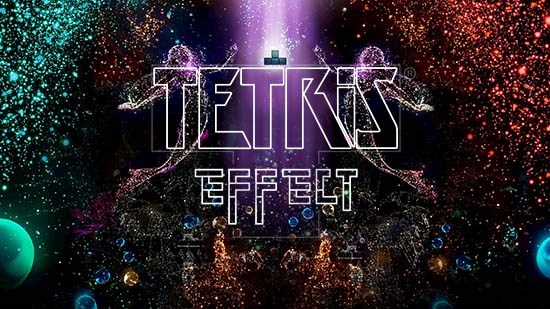 As a lifelong Tetris fan, the premise of Tetris effect was enough to pique my interest, but upon learning it was a PS4 and hence PSVR exclusive, I put off the purchase. After all, I didn't set up an entire Vive Pro and requisite HTPC for a not inconsiderable amount of money to play it on the PSVR. Besides, I have many versions of Tetris, ranging from the recent Puyo Puyo Tetris to Tetris 99 to my old favourite Super Tetris 2 and Bombliss on the Super Famicom.

So hearing that Tetris Effect was coming to the PC at last was like music to my ears. Finally, it would get to sing on the Vive Pro as it was always destined to do so! Well, yes, that it did... at a price. That price is an annoying workaround for the lack of Dualshock 4 support, and the most controversial issue of all. The Epic Game Store.

That's right, it is, in a rather cruel and unusual (well, not that unusual for 2019), an Epic Game Store exclusive title. A store that has no native support for VR hardware has been given a VR exclusive. Whilst the store page itself describes the game as "VR Optional", make no mistake that Tetris Effect IS and always will be primarily a VR title. The description should be non-VR optional, as playing it outside of a VR setting robs it of what makes it truely stand out as an experience. As a non-VR game, it's akin to playing Rez with the music playing through an old mobile phone speaker. Yes, you CAN play it like that, but you definitely SHOULDN'T play it like that. (See the bottom of the review for the details of how I had to modify the game to have it work optimally on my system.)

With those issues out of the way, the big question is, how are the experience and the gameplay? If you are new to Tetris and VR, or a lifelong afficinado of both, I'm pleased to say that the experience is as good as any game of this genre can be. It truly bridges the gap between 'game' and 'experience'. This isn't too surprising as the developers of Tetris Effect are infact the same developers who created Rez Infinite. The feel and sense of timelessness carry over from their previous title directly into this one.

Whilst there are many 'game journalists' who love to wax lyrical, using lofty and abstract superlatives to sound deep in their praise of the visual presentation of the game, there aren't as many who praise the mechanical gameplay or the use of Tetris' more established game systems. Nor do many compare it to the more competitive or multiplayer focused Tetris games. This really comes down to the reality that Tetris Effect is more 'Effect' than 'Tetris'. Want to play competitively? Play Tetris 99. Want a fun yet brutally hard party game? Puyo Puyo Tetris. Fancy yourself as a real Tetris master? Tetris The Grandmaster is still the definitive competitive arcade version. Tetris Effect doesn't really have a place amongst these games. It's really about the music and experience, which ultimately makes it Tetris Rez. Whilst no bad thing in and of itself, it means that it really isn't the go-to version of tetris to play casually or to improve, and that really is okay. It doesn't need to pretend to be something that it isn't. It's a different take on a classic rather than the 'best' version of it.

The hardest thing to conclude about Tetris Effect is, would I recommend it as a purchase to PC owners who haven't picked up the PS4 version. The answer, depends on a multitude of factors. If you don't have VR, then the answer is a resounding no. It simply doesn't hold up to the other, more competitive versions of Tetris which are mechanically more sound and offer much more by way of competitive experiences. The music, particle effects and visual style really just don't offer enough in this form to warrant the price tag. However, if you are a VR owner then the answer is slightly more complicated. If you like Rez, it's almost a no-brainer. The experience in VR is there and is about as well made as can be. Personally, I'm not a fan of the Epic Game Store exclusivity. I like my games to be available in a form of my own choosing, and Epic really isn't it. Their tactics and the way they run their PC sales business is not something I agree with and I find it to be against my own principles as a PC gaming consumer. If however, you have no qualms with Epic and the way they run their online store, then I'd definitely recommend it. It ticks all the boxes for a VR experience and improves on the PSVR version in almost every concievable way.

As a VR title as an exclusive on a non-VR store, the somewhat amusing irony is that for Vive owners, Steam VR is required to actually play the game. Clearly Epic will find this challenge with VR for possibly years to come, but this with this being what it is, and other non-steam VR titles having similar requirements for Steam VR, this isn't all that unusual.

In fairness to the developers, launching through Steam itself as a non-steam game is as easy as adding it to the steam library with the appropriate "-vr" flag on the launcher. Whilst not as simple as a regular steam title, for anyone who has taken the deep dive into the world of VR on PC, this is probably within the area of expertise of nearly all, if not all of it's users. This removes the necessity of dealing with Tetris Effect through the Epic Store or using the launcher seperately from Steam VR Home.

The second issue, which comes more down to my personal decision to play on a Dualshock 4, requires the use of a program which allows the controller to correctly pass through to windows and be recognised as an Xbox controller. I used ds4windows, which after some fiddling, works without too much of a fuss. This was the most time consuming part of the setup, and probably the source of any frustration in playing the game as the ingame prompts refer to the Xbox button control scheme. Mercifully, the buttons are sensible and correspond to the usual western playstation controls of X to confirm and O to return. This of course is not an issue if you opt to play with an X-Input controller such as the Xbox 360 controller or a compatible joystick.

8
An exceptional VR experience with a few potential dealbreakers. Not to be missed by fans of Tetris or VR diehards.