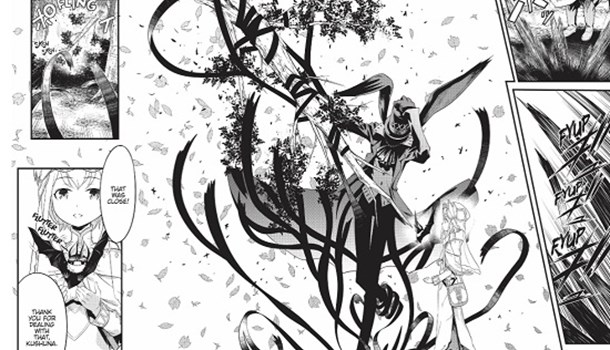 A great man once wrote that East is East and West is West and ne’er the twain shall meet, and one of the ways in which those inscrutable exotic Orientals are said to be quite unlike us are the differing concepts of superheroes. Search for it on the internet and you’ll find a lively body of criticism teasing out different threads of discernment about the behaviours of heroes in either region. It tends to come down to the belief that Western heroes, derived from the traditions of Greek myth of great men challenging Fate and the Gods, are self-made men of natural talent saving people according to their personal morals and drive for justice, emphasising freedom and individuality and culminating in Superman; whereas Eastern heroes, informed by Confucian doctrines of duty, order, and spiritual detachment, tend to be figures of authority who ride in to restore the law – even Super Sentai rangers wear colour-coded uniforms.

It seems to be the common assumption, even a stereotype, but like most stereotypes isn’t it largely nonsense? Early pulp heroes like The Shadow and The Phantom often obtained their own powers precisely from mystical sojourns in the East and even in the world of superheroes Captain America is a soldier following orders; while reaching further back into American myths of the Western the Arizona Ranger With A Big Iron On His Hip was an official lawman, and the Lone Ranger himself wore a badge – cowboys are just as likely to be agents of civilisation as high noon drifters. For a Fistful of Dollars was famously inspired by Akira Kurosawa’s Yojimbo but Kurosawa himself was inspired by Dashiell Hammett detective books like Red Harvest and The Glass Key, so it seems clear to me that there’s a lot more cross-pollination, fuzzier boundaries and cyclical familiarity between the two supposedly separate cultural milieu than filler think-pieces wanting neat, clean uncomplicated categories are prepared to admit.

It was this mixing of East and West that came to mind when I first started reading Mythical Beast Investigator. The characters live in a strange world of fantastic beasts from European myth that are causing chaos, but nonetheless someone is moseying into town to bring in the orders from on high and straighten them all out.

…well, alright. The East is definitely very different in one respect… this is a manga after all, so the layer-down of the law just so happens to be a cute little girl!

Mythical Beast Investigator is written by Keichi Ayasato, and although his previous translated work was the light novel series ominously titled Torture Princess, it must be emphasised that this particular story is not nearly so graphic and is a lot more restrained to accommodate those with easily-unsettled stomachs. The art is by Koichiro Hoshino, who makes his English debut with this manga (although it’s not his first Western release altogether, as previous work on the Mär spin-off manga Mär Omega has appeared in French), although he is not being entirely original and is basing his art off of character designs by “lack”, a designer who frequently posts fantasy art on Twitter and Pixiv and is best known for being on the art team of the Fate/Grand Order mobage; lack drew the illustrations for the original Mythical Beast Investigator light novel, which has not yet been translated itself, of which this manga is an adaptation. Mythical Beast Investigator is only a two-volume miniseries, although as the story is largely episodic it’s not really clear if it was always planned to be a short manga or if the ending was brought forward by cancellation. It tells the story of Ferry, a young girl but one who nonetheless has inherited generations of knowledge from her family of sorcerers. She is the titular Mythical Beast Investigator, an official government-appointed civil servant whose job it is to travel around the kingdom and resolve difficulties whenever the routines of humans butt up against those of the beasts and monsters which still inhabit the wilds beyond the town walls. Although Ferry’s a tiny waif who looks like she could blow away in a stiff breeze, she’s protected by Kushuna – a demonic, intelligent black rabbit-man and a snappy dresser to boot, something like a distaff counterpart to Alice in Wonderland’s own White Rabbit. With Kushuna as a loyal bodyguard, Ferry can always respond to the panic and calumny of distressed villagers with calm and reason, as even the most monstrous creature has a heart beating inside it to which you must listen. Ferry’s latest assignment has taken her to a village which is being terrorised by a fire-breathing wyvern which is burning down all their houses. It seems straightforward enough at first glance – this is a feral pest that must be destroyed as it’s threatening lives and livelihoods – but Ferry knows that the wyvern is a properly-registered Mythical Beast with all the correct paperwork, so there’s something else going on here that the villagers aren’t telling her…

That initial set-up makes it sound like Mythical Beast Investigator is going to be plumbing deep conspiracies of the ancient earth but really, it’s all very straightforward. The emphasis of Mythical Beast Investigator is definitely on peaceful resolutions and happy endings: it’s quiet, gentle and pastoral in attitude. Ferry even spends multiple page correcting villagers on her specific rank within the investigator organisation, which indicates the typical level of tension in a chapter! It can sometimes feel rather twee – Kushana is supposed to be a world-destroying demon who Ferry turned into being peaceful just by looking kawaii, essentially – but the manga is open from the outset about wanting to be more easygoing so I don’t hold this against it. There are a couple of bittersweet chapters as well (in particular the chapter where the mermaid and her Prince Charming don’t get together) and the final ending is quite elegiac, so it’s not all cloyingly sugary and the writing does still have a deeper emotional awareness too. With its sauntering stroll through the mythological bestiary, Mythical Beast Investigator reminded me of The Ancient Magus’ Bride so if you enjoyed that countryside hedge-wizard ramble then this manga is an able follow-up that will let you enjoy a similar atmosphere again.

The untroubled attitude is also reflected in the lack of physical stimulation – Magical Beast Investigator is completely fanservice-free. There is not the remotest hint of sex anywhere in either volume: while one chapter in the first volume does have a mermaid, she wears a Disney’s Ariel-style clamshell bikini top so there’s no risk of nudity. Ferry’s very design actively militates against fanservice, not only because she’s fully covered up with a floor-length skirt but she wears a low shawl which at a glance might make you initially think she’s bare-shouldered but she actually has another layer zipped up to the chun underneath that too. Mythical Beast Investigator is a manga then that could be quite happily shared with younger readers. There are only a couple of incidents of serious violence that might scare them, both in the second volume: chapter six fights against an ‘each-uisge’, a monster from genuine Celtic folklore which is something like a more malevolent version of the Scottish ‘kelpie’ water-horse; then a primeval dragon of destruction in chapter nine towards the end of the book. Both chapters have some blood-spray but not really much in the way of gore, but the each-uisge in particular looks genuinely frightening with its wild stark mane, its taut, knotted, powerfully muscular black-as-night body and its chomping teeth that look as though they could bite your fingers off while you’re turning the page. Even if the day is saved at the end it does leave quite an impression while it’s there.

The skill drawn with that scene does highlight the quality of the art – Mythical Beast Investigator is lovely to look at and even if artist Koichiro Hoshino is working off references for the characters’ designs that doesn’t mean he’s stinted on the effort invested in them. At the end of the second volume Hoshino adds an afterword about how he cherished the time working on the manga even if it was relatively brief, and given the quality of the art I can agree that it is genuine and heartfelt.

It is a shame that Mythical Beast Investigator only lasted two volumes – just as you’re settling in to it, it comes to a halt. Maybe it was too slow-paced and inconsequential for its own good – the bureaucracy of government-regulated fairy tales is not just something to mock, it can actually be a source of interest for how you juxtapose the weird and mundane and it has been done successfully elsewhere (such as Seven Seas’ other manga about Hell being white-collar work, Satan’s Secretary) and making sure the paperwork is in order to keep everyone else moving is its own form of heroism, keeping that spirit that I mentioned at the start of this review alive even if it is a quieter sort of manga: while it does feature significantly in the first two chapters this element of Mythical Beast Investigator is really completely forgotten afterwards, so it loses a lot of its distinctiveness as it descends into a fantasy travelogue. Maybe readers thought the dialogue was clunky in places (Kushana’s attempts at hi-falutin’ speech patterns really don’t sound right to the ear), or maybe it was only a short project to promote the longer light novel series. Nonetheless, even if the briefness of the encounter was only passing another traveller on the road, that still means you’re out on a journey and this one brought plenty to admire on the way.

7
A short and sweet slice of storybook magic.

Our Crappy Social Game Club Is Gonna Make the Most Epic Game (Vol. 1) 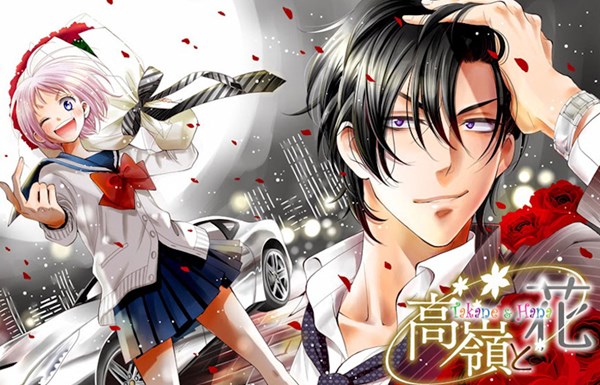 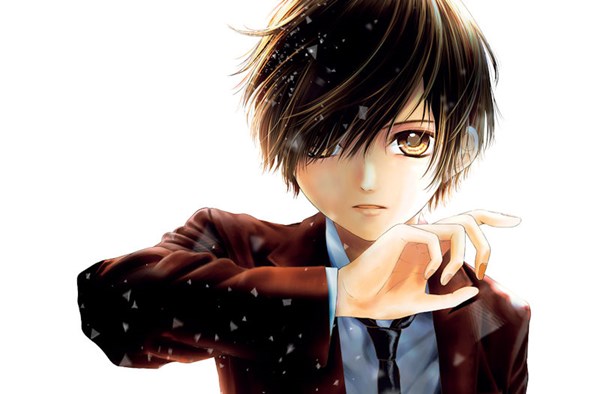 Not Your Idol Volume 1

There's No Way a Side Character Like Me Could Be Popular, Right (Vol. 2) 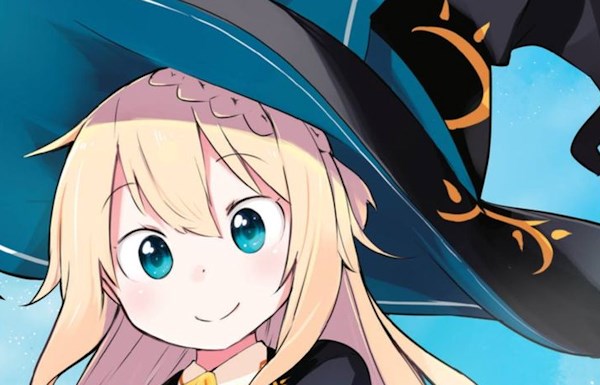