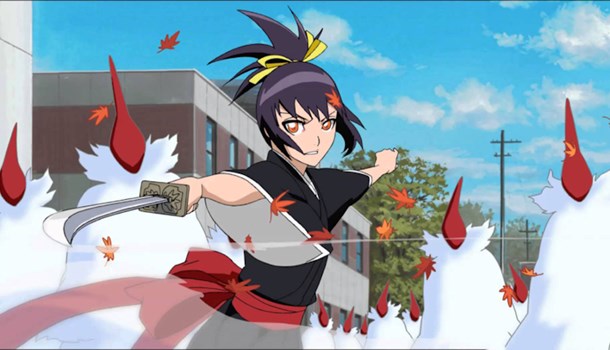 Bleach the Movie 1: Memories of Nobody

It's business as usual for Ichigo and company - saving souls from hollows and causing panic when people find their discarded bodies left lying around, but a new threat has emerged and the Soul Society is facing extinction. Can the honorary Soul Reaper save the day?

Making a feature for a long-running anime series is fraught with peril. The animation has to be better than the weekly episodes and the fans want some meat to the story. It's likely that the events of the movie will be omitted from the series itself, and therefore everything has to be back to normal by the end of it, making the exercise almost trite by nature.

What the creators have done here, however, is something very special. They've thrown aside all the negative connotations of such products and decided to make a story that combines all the best elements of Bleach into one, packed morsel. And dare I say they've given it some real punch in the emotional department too.

So what are the best elements of Bleach? Well, fighting for one thing. The film condenses the "multiple-episode" fight scenes into shorter but no less satisfying bouts. But the characters are the core of the series, and loads of them make excellent appearances here - when Ichigo has to face a team of outcast Soul Reapers, he has to create a team of his own, and so we have two groups of fighters squaring off with signature moves aplenty.

If the film was just one big scrap it'd probably be forgotten pretty quickly, but with the introduction of a few new characters, including the adorable Senna, the film gains a heart to go with the fists. In fact, the ending was so powerful that I was taken completely by surprise. Ichigo's grief at one stage is so convincing that even I was welling up, and I was reminded of the excellent (but slower-paced) Tenchi Muyo in Love. It's a delicately handled drama surrounded by some explosive acrobatics, and for that it should be commended.

To put the icing on the cake, it looks superb as well. Bright, nicely animated and full of nice directorial touches, the film dazzles on a big screen. It might not have the visual flair of Paprika, but for a TV to Film anime adaptation it's up there with the best of them.

If there's any criticism it's simply that for anyone new to the franchise, this will be a very confusing ride. Luckily I've been keeping up with Bleach (even though Andy's reviewing it) and therefore I was well versed before going in.

For anyone who's a fan of Bleach I can recommend this without hesitation. It's a tour-de-force of emotional drama, and while it may be a little predictable, it's still an awesome big screen representation of a much loved franchise. Dive in.

Unfortunately we only have some trailers. Disappointing.

9
All the best facets of Bleach in one rocking whole!