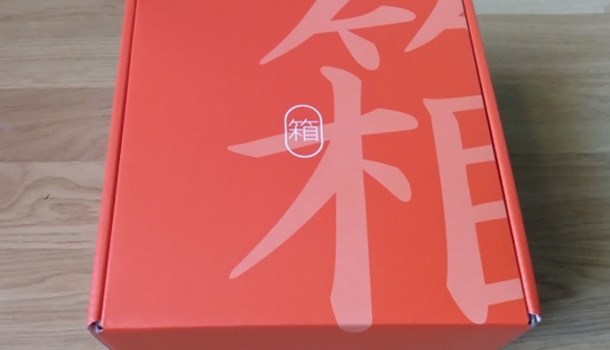 
When I get the chance to escape to Japan I have one rule – Japanese food or nothing! After all, why go all that way just to have the same old burgers and chips you can get anywhere else?

After being stuffed to the gills with Ramen, sushi and okonomiyaki however, it’s time to dive into the convenience store and load up on Japan’s incredible range of snack foods. Given my love for these I’ve always been intrigued by the variety of so-called ‘snack box’ services that can be found online which, once a month, will send you a box stuffed with goodies straight from Japan.

To be up front, the main reason that I’d never previously signed up to one of these services is that they are pretty expensive. Whilst there are generally a range of options depending on the size of the box you want and how many months you want to sign up for, most of them ultimately end up somewhere in the £30-40 per box range. So a box of around 15-20 snack food items from Japan or 120 KitKats from the supermarket...

Still, with a return to Japan looking unlikely anytime soon I decided to give one a go and sorted myself out with a 3 month subscription from Bokksu, who I chose because of their dedication to sourcing traditional snacks from small businesses (and because their service includes free shipping to the UK which is not to be sniffed at!). 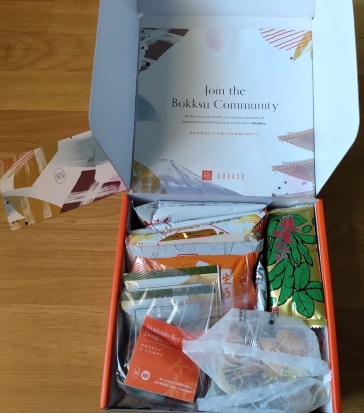 Firstly I have to say that given that the shipping was free my first Box arrived in great time taking only about a week to arrive. The delivery was another matter but one can hardly blame Bokksu for Royal Mail’s mess.

The bright orange box is certainly striking when it turns up and it proved to be absolutely jam-packed full of goodies. The first box you get is a standard box that showcases a variety of products representing the seasons of Japan from sweet, chewy mochi to tempura seaweed (which I may or may not be munching right now). The whole thing is just a tasty treasure-trove of goodies, many of which I may have to desperately resist buying more of from Bokksu’s marketplace. Alongside this there’s a great full colour booklet explaining each of the items within along with helpful warnings regarding any allergen-related ingredients you might need to be aware of. 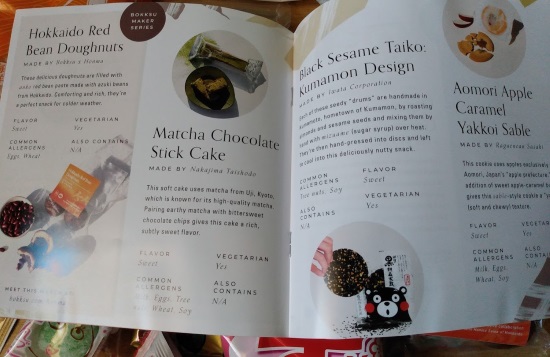 Aside from the aforementioned cost which, whilst pricey, is offset by the knowledge that you are having to import these things directly from Japan and there aren't any issues of note with the service itself.

If I were being picky, I do wish there were more drink items included (or even just more than 2 teabags given that they don’t weigh much or take up much room) though I can see that that would really start to jack up shipping costs, and I do wish that it didn’t have that problem of boxes everywhere in that you can never seem to fit everything back into the box after you’ve taken it out!

If you fancy giving the service a go to experience something more than a new flavour of Pocky then I’d definitley recommend you give this a go and chow down!

This article is not sponsored in any way by Bokksu, and the author paid in full for the box reviewed.