When you think about the modern gangster action movie, you’d be hard pressed to come up with a more influential name than Kinji Fukasaku. Though perhaps best remembered for his extremely controversial adaptation of Koushun Takami’s Battle Royale, he first began to make a name for himself with a series of revolutionary yakuza movies released over a short period of time in the mid 1970s. Up until this time there had been a popular strand of “ninkyo eiga” gangster pictures which took their cue from the now less well regarded samurai movies, applying the classic chivalry tropes to the criminal underworld. However, the ninkyo eiga was also becoming stale and it was time for something new. Perhaps the world was ready a depiction of the yakuza life which was a little more honest.

Teaming up with screenwriter Kazuo Kasuhara, Fukasaku’s aim was to tell the story of post-war Japan from the viewpoint of youth. Based on the real-life memories of a famous yakuza, Battles Without Honour and Humanity is a prime example of the “jitsuroku” approach that didn’t make any attempt to hide the ugly side of the underworld.

The first film in the series introduces us to Shozo Hirono, just back from the war (in fact still in his army uniform) when he witnesses a group of American soldiers attempting to rape a woman in a crowded market area. Hirono comes to the woman’s rescue only to be pulled back by the police who tell him not to mess with the GIs. Later, one of his friends is assaulted by a yakuza and, teaming up with a rival gang, Hirono gets his revenge but also ends up being sent to prison for twelve years. Inside, he meets another mobster who tells him you can get out on bail for a price because the prisons are so overcrowded. If he helps in his escape attempt, he’ll get his yakuza buddies to bail Hirono out. Hirono quickly finds himself embroiled in the yakuza underworld.

Though nominally the protagonist of the entire series, Hirono is pushed to the sidelines for the second installment, Hiroshima Death Match. This time the protagonist, Yamanaka, is a little younger - too young to have actually fought in the war he nevertheless had kamikaze dreams that the war’s end denied him fulfilling. It’s now 1950, and young guys like Yamanaka have come of age in the difficult post-war world. With no opportunities and fuelled by a young man’s fury it’s no mystery that he ends up in a gang. Things would probably have been okay for him, but he made the mistake of falling in love with the boss’ niece with tragic consequences.

Moving back into the centre again for part three, Proxy War, Hirono has formed his own gang in the nearby town of Kure. It’s 1960 and the cold war is mounting the world over. The yakuza it seems are not immune to the internecine power struggles themselves and embark on a series of complicated alliances, double crossings and betrayals. The action may have calmed down a little here but the intricate plot elements make it one of the most impressive entries in the series.

By the time we reach Police Tactics, times have moved on. With prosperity on the up and the 1964 Tokyo Olympic Games on the horizon the public have grown tired of yakuza antics and, fearing for their international reputation, it’s finally decided that the police should go hard on organised crime. With the “cold war” environment of the last film still in the background, it’s a tough time to be a yakuza.

The Final Episode is something of a bonus epilogue, written by a different screenwriter (Koji Takeda, who’d previously worked on ninkyo eiga) it picks up with the yakuza as a political corporation and morphing into violent corporate entities rather than petty thugs. The original crew are the old guys now and some of them don’t want to change. The young guy, Matsumura, seems to have his head screwed on when it comes to initiating this new brand of gangster, but he still has to contend with all the complicated infighting from each of the other instalments. Hirono is in prison for much of the film writing his memoirs and seems set to retire on release. However, it’s not long before he’s dragged back into the world of yakuza crime.

Fukasaku makes his yakuza look cool, yes, but he never ignores the destructive nature of their existence. Having returned from the war defeated, these men were angry, traumatised and left with few options. They turned to crime and to violence because that was all that was left to them. Many of the films end with funerals and countless young men are cut down in their prime, but in the end it all counts for nothing - nothing gets created out of this mess except widows and orphans. The constant shots of the ruined dome (now the Hiroshima Peace Memorial) constantly remind us that this is just one example of young lives sacrificed for old men’s vanity. If “jingi”, the concept of honour and humanity often referred to in yakuza movies, ever existed at all then it’s another casualty of war because there’s nothing of that moral universe left remaining in this cruel and empty world.

All of the films follow a documentary style approach, with a voiceover explaining the context and frequent on-screen captions giving character’s name and affiliations (and at the appropriate moments their time of death). The action is fast, furious and messy with lurid paint-like red blood decorating the screen. Largely captured with handheld camera and unusually dynamic movement, the series’ key signature is realism.

This new box set from Arrow presents each of the films in a top notch HD transfer which is a vast improvement on the previously available versions. Notably the set also includes the rarer “complete saga” edit of the film, which presents the first four movies cut together with a short intermission in the middle. This is as well done as it could be yet suffers a little because of the floating nature of Hirono’s involvement - i.e, the second film where he’s barely present feels a little out of place in the midst of the other three where he’s more of an active player. The plots are undoubtedly complicated but the set does also include a hardback book filled with illuminative essays and also a series of “family tree” style diagrams outlining the various gangs and their makeups.

A seminal entry in the world of Japanese gangster pics, the Battles Without Honour and Humanity (also known as the Yakuza Papers) series is an essential watch for any yakuza movie enthusiast. Without Fukasaku’s input there’d be no Takashi Miike or Kitano gangster movies - simply put he changed the course of Japanese action movies. Finally available in HD with English subtitles, this comprehensive set from Arrow is the perfect way to revisit each of these hugely influential films.

Japanese with optional English subtitles. On disc extras include:

Battles Without Honour and Humanity

10
An excellent HD upgrade of these hugely influential films, accompanied by a deluxe collection of bonus features that are any yakuza movie fan's dream come true.
LATEST REVIEWS 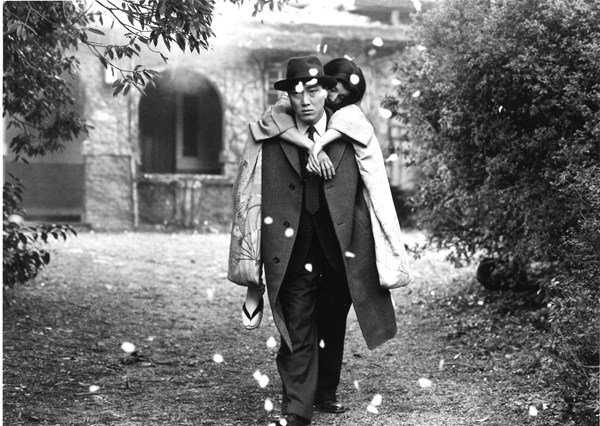 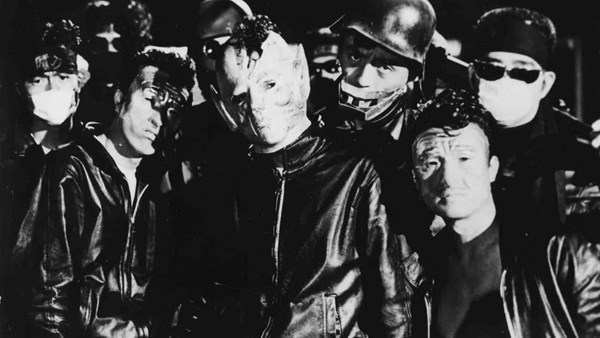