Highschool of the Dead Vol. 2

Whether you're fed up to the back teeth of them or still held in their apocalyptic awe, zombies aren't going anywhere in terms of their cult popularity... and even if they are heading towards the door, they're doing so via a slow, meandering shuffle.  If you are a fan of the zombie apocalypse genre however, Highschool of the Dead's opening manga volume gauged its tone pretty much perfectly - plenty of action, blood and gore surrounded around our rag-tag group of high school heroes as they seek to escape the massacre going on within the school grounds with an eye towards trying to reunite with their families.

With their escape from the school complete and two of their number, Takashi and Rei, separated from the rest of the group, volume two of Highschool of the Dead takes a slightly slower and more thoughtful route to its story telling.  Oh, who am I kidding, of course it doesn't - this volume's artwork is still packed to the brim with blood and the ruin of a country already in a shambolic state thanks to the mystery disease which has ravaged the world, but it does however shift its focus away from non-stop action to try and explore that ruination a little more thoroughly.  This being the apocalyptic tale that it is, needless to say humanity has gone to Hell in a hand basket as any sense of social order crumbled at its foundations; a state of affairs which sees those who have survived the initial rampage of "them" (as the manga likes to call its zombies) turning against one another with extreme prejudice.  Thus, this volume's big question is not so much whether our roster of main characters can survive, but whether they can survive with their humanity intact.

Actually, there is another question that this volume tackles with enthusiastic glee - just what do the series female characters look like naked?  While Highschool of the Dead's opening chapters kept its fan service relatively subtle and with the appearance of occurring entirely accidentally within the realms of its story, this volume really ramps things up via a (perhaps inevitable) bath scene followed by a spot of drinking which moves things in an even more sexual direction.  If the sight of the female bosom offends you, then you'd best avoid picking this up as there are plenty of them almost literally thrust into your face here - then again, a simple look at the manga's character designs probably told you all you needed to know about its intentions along these lines.

Although I don't take umbrage at this diversion into (if you'll pardon the pun) titillation, the problem is that it only serves to further break up the diminishing energy demonstrated by this volume of the series - while volume one was a constant, visceral and occasionally marvellous rollercoaster in depicting the group's escape from the school complex, this break away into the outside world and splitting up the group temporarily means that the story loses its tight focus and flounders at times as a result.  It's only late in the volume when the breasts and bums have been (mostly) packed away from the reader's immediate attention in lieu of another big action set piece that the whole endeavour finds its feet again and reminds you of why you started reading the series in the first place.

This leaves us with a second volume of Highschool of the Dead that struggles to live up to the achievements of the first.  On the plus side its artwork remains largely top-notch throughout, with a lot of loving care invested in the depiction of weapons, military vehicles and the carnage enveloping the world in particular, while the series various character dynamics continue to "just work" somehow in terms of advancing the plot and keeping things interesting amongst the individuals concerned.  Despite all that, there simply isn't the same "fizz" which bounds across the pages of this volume, leaving it with an uphill task when it comes to keeping the reader hooked in the same effortless fashion it employed previously.

It still has its fun moments as "popcorn manga" and fans of the zombie genre (now with added fan service!) as a whole will continue to lap it up, but we can't really ignore the fact that volume two of Highschool of the Dead simply isn't as good - although with promise of a return to the aspects of the series which work in its favour for volume three it certainly isn't time to start writing it off.

6
The move outside of its titular high school setting drains a lot of the initial energy from the series, leaving it to rely on nudity and infrequent bloody set pieces to keep the reader hooked with limited effect. 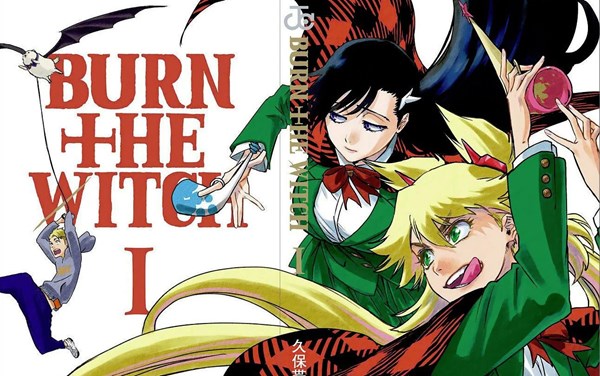