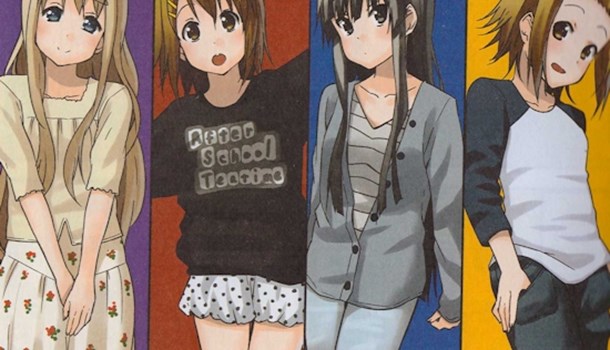 Leaving the comfortable world of school can be a daunting affair. As everything changes it’s easy to lose your way and become as frightened as you are excited. However, it’s always a relief to know that some things will never change, and thankfully as the senior members of After School Teatime head off to college it’s still business as usual!

Picking up a few weeks after graduation and the emotional goodbyes to Azusa, Nodoka and Sawako, the gang have moved into college dorms and it’s immediately apparent that these are the same characters we’ve loved for so long as Ritsu teases Mio relentlessly, Yui sleeps in (constantly) and Mugi becomes inordinately enamoured with cheap store-bought snacks. After causing a ruckus and disturbing their new neighbours, the gang head of to sign straight back up to the establishment's pop music club, but this time they aren’t the only band on campus! As you might expect this phases absolutely no-one but Mio, whilst Ritsu meets a kindred spirit and Yui latches onto a new (if somewhat reluctant) keeper; both members of the other freshmen group ‘Only Girlz’.

Kakifly has done a superb job here – it would have been so easy for this to come off as a cheap cash-in on the back of the success of the original but instead this is every bit as good as the original series. The quick-fire storylines are effortlessly funny and rather than wallow in the pre-established character traits of the main gang it chooses to build on them by bouncing them off the new characters in a way that, true to form, is both hilarious and touching in turns. The new cast members immediately fit right in with the leads without feeling like pale imitations of the old school gang, and in fact are so good that the near total absence of Azusa and the rest of the gang goes by almost unnoticed (only Nodoka, Ui and Sokabe make brief cameos here) - this really speaks to just how well these characters integrate into the series. They’re brilliantly funny and Kakifly’s simple but cute character designs are as great as they always were, as is the artwork for the rest of the volume.

The one flaw with K-ON College is that, sadly, this is it. Apart from the forthcoming K-ON: Highschool also from Yen Press later this year, this is the end of K-ON despite the manga having no real ending and just stopping at what’s really just the end of another chapter. I’d love to be able to tell you why but despite some trawling of the Internet there doesn’t appear to be any consensus as to whether the series was canned for poor sales or if Kakifly just wanted to stop and do something else. It’s a real shame too, as this volume shows that the series definitely had a lot more to give as it’s as good if not better than some of the preceding volumes and its also looking unlikely that its considered to have enough material to pull together a third season proper of the anime.

This is very much a case of "more of the same" through and through. There are no big ground-changing ideas (possibly in fear of how the Japanese fans reacted at the barest hint that Yui and Ritsu had boyfriends) and as always for K-ON the plot solely exists to get a laugh here and there, but it’s done brilliantly well by an author who’s clearly at the top of his field when it comes to this kind of slice of life format. Even if it is the end, it’s well worth picking up both for the established fan and the casual reader. Hopefully a vote with your wallet will hint that we might like some more please!